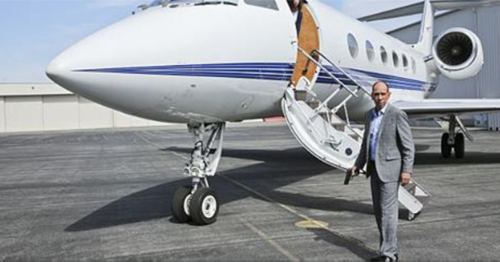 Tonight on CBS NCIS: Los Angeles returns with an all new Monday April 18, season 7 episode 22 called, “Granger, O.” and we have your weekly recap below. On tonight’s episode, Granger (Miguel Ferrer) escorts Jennifer Kim, (Malese Jow) a North Korean spy who is his long-lost daughter, back to Los Angeles and interrogates her.

On the last episode, the team learned that operational psychologist Nate Getz was working with an infamous crime leader, after he failed to check in with Hetty while working undercover on a mission linking organized crime to terrorism. Did you watch the last episode? If you missed it, we have a full and detailed recap right here for you.

On tonight’s episode as per the CBS synopsis, “as Granger escorts Jennifer Kim (Malese Jow)back to Los Angeles, he interrogates her regarding a North Korean spy and she admits to knowing he is her father.”

Tonight’s episode looks like it is going to be great and you won’t want to miss it, so be sure to tune in for our live coverage of CBS’s NCIS: Los Angeles at 10:00 PM EST! While you wait for our recap hit the comments and let us know how excited you are for the season 7 episode 22.

A friendly basketball game between Sam, Callen, Deeks, and Kensi had been interrupted on tonight’s episode of “NCIS: Los Angeles” when the guys got a call about Aaron Kim. A name that none of them had been familiar with, but SECNAV was. SECNAV had been going through the list that Mike Hobbs had provided that detailed the North Korean spies he helped get into the states and Aaron had apparently been one out of two people that wasn’t dead or in custody. So it was quite important to them for NCIS to figure who killed Aaron and why?

So the team decided to split up. Sam and Callen were going to look into the people caught on the surveillance footage shooting Aaron Kim down in Venice Beach while Deeks and Kensi were going to look for the last remainging spy still on a list. Only Deeks and Kensi had gotten some help. Aaron Kim and Han Choi had been together recently so Nell checked the Venice Beach area and she had found out that Han Choi had been in the area just a few minutes before Aaron’s death. And therefore Deeks and Kensi at least knew where to look.

But Han Choi had quickly disappeared from the scene after the shooting happened. So Deeks and Kensi believed he was probably hiding after what happened and they were forced to retrace Han’s movements by mostly taking a guess. Like they knew that the street cameras had caught him in a store however there was no clear sign of him entering that same store. And so odds were he came in through the back.

And that’s why Deeks and Kensi checked the back. They had had seen an alley way back there so they followed it until they met a very helpful lady that thankfully knew Han Choi. In fact, she sees him regularly because she was his landlady and so she had helped the guys get into Han’s apartment and there they ran into a young woman. Who happens to be dating a man she thought was named Corey.

“Corey” had told her that he was born in the states and that he was a denim artist that makes custom jeans. Though his girlfriend had no idea where his workshop was and she was also skeptical about him being a spy. She said the Corey was a lying cheat, but she didn’t think he could North Korean much less a spy for them.

Yet, Sam and Callen had found a body thanks to Aaron and Han. Aaron and Han had left the states for a while and they had only just gotten back from Mexico. So they had needed to buy guns in a hurry and had found the perfect man to provide them what they needed. Only the guys had chosen to kill him over paying this unfortunate third party so the Aaron and Han hadn’t been the nice guys that everyone thought they were.

They had simply been murderous spies.

Speaking of which, Granger hadn’t come into the office because, after SECNAV had been alerted to the fact people on the Hobbs list were dying, he decided to personally escort Jennifer Kim to her hearing. Jennifer Kim was the young woman that had beaten up Callen all those months ago and she is assumed (with a great amount of evidence) to be another North Korean spy. However, Granger was personally invested in Jennifer seeing as she was his long-lost daughter.

Jennifer though was so keen on getting to know him. She knew that Granger had thought it had been her mother that had stopped them from knowing about each other, but Jennifer revealed to him that she had always known who he was and it had been her decision not to meet him. So Granger had told her that he understood and he had tried to understand. Saying he probably wouldn’t have wanted to have met his father either if he thought his dad had abandoned him. Only that wasn’t the reason why Jennifer didn’t want to meet him.

Jennifer told her father that she didn’t want to meet him because she hadn’t needed him growing up. She said she grew up loved and that she had volunteered for the assignment to the states without once thinking about looking up. But then she had apologized for saying everything she did. She realized it had been a little too harsh to tell Granger everything.

Though they had a much bigger problem on their hands than their relationship. The other guys had found Han Choi and they had realized he had been the one to take out his friend Aaron so that meant he was now part of the cleanup crew. And so the only possible reason Han would stick around town was if he had someone else on the list to take care of. So that had made everyone think Jennifer was the next hit.

So Granger and Jennifer had landed the private plane at an unknown location because he didn’t think it was safe to tell anyone where they were going or stick to the original plan in case the mole ratted them out. Yet, that small change also meant they were basically on their own when Han and his people did catch up to them. And so Granger had to take a chance on Jennifer when he handed her gun to help him.

But it turns out she didn’t. Han had followed Jennifer into of the nearby hangers and he had disarmed of the gun yet not the fork she took from the plane. So Jennifer was able to finally take Han out and, afterwards, she chose to accept Granger’s help when he told her that he could speak to some people in the DOJ that could lessen her prison time if she denounced North Korea. And despite what she said earlier about not needing him in her life, she did agree to see if they could be friends after everything.