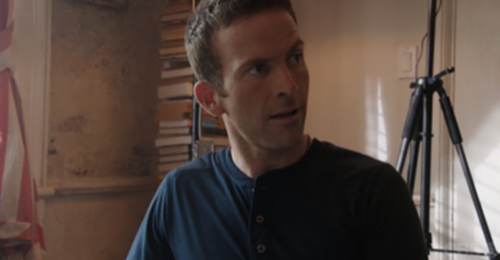 Tonight on CBS NCIS: New Orleans returns with an all-new Tuesday, October 18, 2016, season 3 episode 4 called, “Escape Plan,” and we have your NCIS: New Orleans recap below. On tonight’s episode, the team must rescue Sebastian after he’s abducted from a restaurant.

Did you watch the NCIS New Orleans season 3 episode 3 where after a decorated petty officer was found dead inside a sports arena, evidence led Pride and the NCIS team to a kidnapping case? If you missed it, we have a full and detailed NCIS New Orleans recap right here for you.

On tonight’s NCIS New Orleans episode as per the CBS synopsis, “The NCIS team must rescue one of their own after Sebastian is kidnapped while at a restaurant with his mother, Sylvia Lund (Wendie Malick), and forced to use his gaming skills in a prison break.”

Lieutenant Michael Reed had apparently been enjoying a night out with his wife when he had been told by a clearly distraught woman that her husband was injured. So Michael had told his wife to call 911 while he checked on the woman’s husband. But unfortunately there wasn’t an “injured” husband and Michael had actually been lured into a trap. The duo that had just wanted to get him away from his wife and once they did they had instantly used their stun gun on him in order to subdue the naval pilot however they had been caught tossing Michael’s body into back of their truck by Michael’s wife.

The poor woman had seen what happened to her husband and hadn’t been able help. Though neither the she nor anyone else had known why Michael had been targeted. Michael hadn’t gotten into an argument that night and it did appear that he had any sort of issues with anyone. However, he had been purposely targeted for some reason and then tossed aside the second his kidnappers had been done with him. Michael’s body had later been found in a mostly deserted part of town and so NCIS had been brought in to investigate his murder. And the only lead they had was the phone calls Michael had made to Sebastian of all people.

Michael had called Sebastian three times on the night he died and so they had indicated that Michael’s phone hadn’t been a mistake. Yet, no one had known that Sebastian knew Michael because he had never talked about him and so Pride had ended up calling Sebastian on his day off. Sebastian had taken the day off to hang out with his mother that had recently come to town for a visit so he hadn’t known that Michael had been murdered. And he hadn’t known any of details in Michaels’ murder when Pride called him.

Pride had just come out and asked Sebastian about his relationship with Michael Reed. So Sebastian had told him that he and Michael were friends yet he had never got the chance to say anything else. Sebastian had been on the phone with Pride when a woman came running to him asking for help because her husband was injured. Though Pride who had heard everything had also known that the woman couldn’t be trusted and so he had tried to warn Sebastian about that woman. When Sebastian hung up on him in order to help out and therefore he had eventually gotten kidnapped as well.

So Pride had wanted to know what was going on. Michael had been kidnapped and murdered and so he was worried about the same thing happening to Sebastian. But Pride and his people refused to let anything happened to Sebastian and had immediately begun his case as if it was any other. Pride had gone one while LaSalle and Plame had gone another so the guys had looked into Sebastian’s private life and they had found out a few things. Like how Sebastian was studying up on football as a way to impress LaSalle and that Sebastian had also been involved in some computer game with Michael Reed.

The two guys had apparently been big players in a game called Escape Proof. With Michael being ranked first in the game while Sebastian had ranked second. So NCIS believed that the game had something to do with why both had been taken yet they couldn’t figure it out what the game had to do with anything on their own. The game had simply been about escaping like working around locks and code breaking so it didn’t appear as if it was something to be taken seriously. But to the couple that had taken the guys, it had been serious and so the team had been investigating the ramifications of the game when Sebastian contacted them.

Sebastian had needed his friends’ help to break someone out of prison. He said that he had been taken to a prison by his kidnappers for a prison break though he didn’t know which prisoner he was helping. However, Sebastian’s biggest concern was getting the job done. He had said that he would be killed if NCIS came to rescue him and so he needed to complete his task yet Gregorio had been concerned about going through with Sebastian’s plan. She didn’t think that Sebastian was equipped to be in such a position and she was worried about him being with those guys that had killed Michael.

Both Gregorio and Pride had found out that the same people that had killed Michael had also killed a prison guard. So everything had made sense when Sebastian called them wearing a guard uniform and had told them about his plan. Yet, Gregorio wasn’t so sure about Sebastian being their inside guy and she had wanted to either pull him out or at the very most alert the warden about what was happening under his nose. Pride on the other hand, believed that Sebastian could handle himself and so he let Plame do his magic. Plame had backed up Sebastian on his end and he had also gone a step further by figuring out who the prisoner was.

The prisoner was Gordan Bogdan. Bogdan was a Serbian smuggler that had made a name for himself on the international stage and Plame had been able to identify him by his known acquaintances that matched the description of the people that took Michael. So finding Natasha Divac and Stefan Yellick had been great led and not that surprisingly the duo had a profile on Escape Proof. Which was how they found out about both Michael and Sebastian. So Bogdan was their guy and Pride was preparing his team to be in position for when Bodgan got out of prison. And he had basically told Gregorio that he was going to that prison whether she came with them or not.

So Gregorio decided to break the rules one more time for NCIS and she had gone with Pride’s team to help Sebastian though admittedly there had been a few moments when she had wanted to call for backup. Like when Bogdan had gotten out and his people had proved that they were prepared to kill and die for him. But what Gregorio and the others hadn’t expected was that Sebastian would throw himself into the back of Bogdan’s escape car. That hadn’t been a part of their plan yet Sebastian hadn’t wanted to let the bad guys get away and he proved that he could handle himself when he managed to send up a signal for his friends.

Sebastian had set Bogdan’s getaway car on fire and while that had sent his people running to him it had also alerted Bogdan that he was nearby. So Sebastian had had to run for his life as he was being hunted throughout a forest. However, his plan worked because Pride and his people eventually caught Bogdan and Natasha before either of them could board their seaplane. And Sebastian had surprisingly been able to defend himself when the time came. He had disarmed and subdue the man that was going to kill him and so Sebastian had ended up making his first arrest on tonight’s episode of “NCIS: New Orleans”.

The shy Sebastian that had also been paranoid about everything had finally come into his own tonight it didn’t look like he was ever going back to how he used to be.