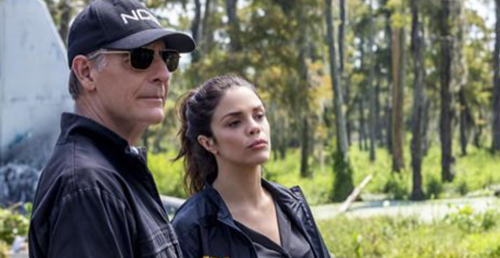 Did you watch the NCIS New Orleans season 3 episode 4 where the NCIS team has too rescue one of their own after Sebastian was kidnapped while at a restaurant with his mother? If you missed it, we have a full and detailed NCIS New Orleans recap right here for you.

On tonight’s NCIS New Orleans episode as per the CBS synopsis, “NCIS and FBI investigate a private plane crash in the bayou that killed three sailors. Also, Sonja and Lasalle interview candidates for the team’s open agent position.”

LaSalle and Percy had thought that their biggest concern was going to be finding a permanent replacement for Brody on tonight’s episode however a tragic plane crash changed everything. The plane had been carrying one Load Master, two pilots, and three Petty Officers and no one had survived what happened. Yet, strangely every governmental office as well as Gregorio’s own boss at the FBI had showed up at the scene afterward and so that more than anything else had put Gregorio on edge. Gregorio had originally been brought in to detect any cartel activity in New Orleans and there had been no reason for her to suspect that the cartel had something to do with the plane crash.

However, Gregorio’s boss had later said that he couldn’t leave any stone unturned. So Gregorio had put off thinking that there was anything wrong with what happened onboard the doomed flight and had instead concentrated on notifying the families of the victims with Pride. Pride had called the families all together and he had put them all in the same hanger for when he had broken the news about their loved ones. He had said that there had been no survivors from the crash and had then he had made a promise to them. Pride had promised that he and his team would find out the truth no matter what.

So Pride had done his best to comfort the families, but there had been one person that didn’t appear to be grieving. Emily Saad who had been Petty Officer Amir Saad’s daughter had told Gregorio that she was going to be cutting out early because she had things to do and so she had told Gregorio to just call her when she needed to pick up her father’s body. Though while Gregorio had thought that was odd, Pride hadn’t. Pride had said that everyone had to grieve in their own way and he didn’t think Emily’s reaction meant that she wasn’t going to miss her. And anyways judging Emily hadn’t been part of their job.

Their job had been to investigate the crash and Loretta ended up helping them out there. Loretta had performed the autopsies on all of the victims and she found out that both the pilot and the copilot had been shot before the crash. So the gunshots had actually been their cause of death and it had also explained why there had been no one left onboard to fly the plane yet no one could figure out why the two men had been shot to begin with. Neither of them had a criminal background and the only thing that was suspect was the fact that the pilot had been Colombian. It was that man’s Colombian’s heritage that made Gregorio think of the cartel angle and it didn’t help that the plane came from Brazil.

Brazil was practically right in the cartel’s backyard and it would make sense if one of their one had gotten on the flight. But later Gregorio and Pride had talked to the pilot’s widow and she had shut them down the second she realized they wanted to blame the crash on her husband. The widow had told them that her husband couldn’t be involved with the cartel and more importantly that he had been a good man though that didn’t really give NCIS anything. If it wasn’t her husband, then who else? There had been no other suspects nor motives and what had helped them question the pilot was the fact that he had been shot at point blank range to the head while his co-pilot had been shot in the stomach.

A shot to the head was much easier to accomplish than shooting yourself in the stomach. Though, Sebastian had eventually helped connect the dots. Sebastian had figured out that it had been the Co-pilot Varela that had shot the pilot in the head and that Petty Officer Saad had then shot the copilot. Sebastian had theorized that Saad had heard the first gunshot, saw what Varela had done, and they had wrestled for the gun. So Saad had shot Varela in some misguided attempt to save everyone and unfortunately he couldn’t. He wasn’t an experienced pilot and he didn’t know how to save the plane once it had begun to dive yet no one had suspected that word would get out that Saad had shot Varela or the media would put a different take on what happened.

The media had somehow gotten their hands on that one piece of information about Saad and Varela and they had twisted it. They had said Saad brought down the plane and had called him a homegrown terrorist. But, Saad had tried to do the right thing so Gregorio had gotten upset by the media coverage and she had wanted to know who had leaked their forensics as well as who had wanted to frame Saad for the murder of five people. And Pride had felt the same. Pride and Gregorio didn’t want Saad’s daughter Emily to believe what was being said about her father and they had spoken to the young woman at least several times.

Emily had told them that she didn’t have a good relationship with her father because he had left her and her mother when she was kid and hadn’t bothered to come to her mother’s funeral. However, Saad had promised Emily that he would get back to New Orleans and it had even appeared that he had gotten himself purposely demoted just to fulfill that promise. So the one thing that neither Gregorio nor Pride wanted to happen was for Emily to believe the worst of her father again yet that choice was quickly out of their hands and they still had to figure out why Varela had crashed the plane.

Yet, figuring out Varela’s motives had been easy enough. Varela’s wife much needed liver transplant had finally come through just a few days before the accident and after she had been quickly being pushed at the top of the donor’s list. So clearly someone had come through for Varela though what no could understand was why a drone had also been found hovering over the wreckage. The guys had asked themselves that question and more so once they realized that it hadn’t been a drone and that it had actually been miniature drones that weren’t even out on the market yet. And so Gregorio had to rely on her tech guy at the FBI with Plame away.

Gregorio’s contact at the FBI had told Gregorio and Pride that he couldn’t find what the drones were spying on yet he said that he knew where the feed from the drones was being transmitted. So the guys had suited up and had gone out to the suburbs of all places. Though they didn’t find cartel member or even terrorists. They had actually come across a CIA vehicle and they had also noticed that CIA had been spying on Emily. And so they had rushed to Emily’s side and they had stopped her potential kidnapping.

Only they had recognized Emily’s kidnapper. Gregorio and Pride for that matter had remembered their CIA agent from the crash site and how he had said he was with the airplane company. Yet, that can clearly been his cover. So NCIS had wanted to know the real reason why the CIA had wanted to hide what they were doing on domestic soul, but the man claiming Terry Jenkins refused to say anything and so everyone had to rely on Sebastian. Sebastian had stayed behind at Emily’s place with a few others to see what the CIA agent might have been looking for and eventually he had hit pay dirt. He had found out that a video from Saad’s phone had been uploaded to his cloud account and was shared on the home computer.

So what the video was that there had been a seventh person onboard the flight and that his presence had been so secret that he had showed up on the official manifest. However, the CIA were never going to tell anyone that the seventh person had been their asset who was supposed to testify against the cartel. So they also going to leave out the part where their asset managed to survive the accident and that he was out there wandering about with no idea where he should go, but thankfully Pride had figured out that part for them. Pride had known the terrain better than anyone and so he knew that the CIA were looking in the wrong place. They were in looking in the marshes and someone running would have gone higher up where it was dry.

But when Pride and his team moved out, they had found the bodies of two CIA agents and they had been killed recently. So Pride and his team moved quickly and with Gregorio’s help they were able to rescue the eye-witness against the cartel as well prove that Saad hadn’t been a terrorist. Only later Pride did talk about Gregorio’s strong feelings about the case and he more or less told her that he knew her secret. He knew that her ex-husband had been a criminal and that Gregorio had been in New Orleans before with that same ex however he assured Gregorio that he wasn’t going to tell anyone. And that had helped her to put guard down.