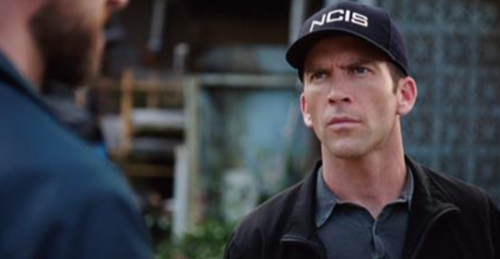 Tonight on CBS NCIS: New Orleans returns with an all-new Tuesday, November 22, 2016, season 3 episode 7 called, “Outlaws,” and we have your NCIS: New Orleans recap below. On tonight’s NCIS: New Orleans episode as per the CBS synopsis, “The team investigate a sailor’s murder during a motorcycle rally in the city. Elsewhere, Lasalle seeks advice on his personal life from Gregorio.”

A dead sailor brought up a lot of old memories for Pride and LaSalle and unfortunately none of them were good. But NCIS had tried to investigate the death of Lloyd Filibert as if he was any other victim and so they went about looking into his background. Lloyd after all had been former military and he had also rode with the veterans motorcycle group however, the group were nonviolent. They had come down to New Orleans not long after Katrina to help rebuild and it wasn’t because of a nasty rivalry with an actual motorcycle gang that had left the city. So finding out the vets were back in town had been a surprise for Pride.

Pride had remembered how bad things had gotten between the vets and the Niners. However, the fact that the vets were back and that one of their own had been killed in the middle of one of the biggest motorcycle rallies in the south meant that his death had been personal and that his killer most likely belonged to the Niners motorcycle gang. So Pride and his team had a tough time defusing some of Lloyd’s friends. The vets knew that the Niners still hated them and the feeling was mutual yet they had known that the Niners were usually the instigators seeing as it had been the Niners that had convinced NOLA police to run them out of town to begin with.

Yet, Pride didn’t want the vets taking things into their own hands so he went out to talk to them. Pride had spoken with the leader who was Retired Navy Captain Mike Hogan and he had told Hogan that his people needed to back down and let him find Lloyd’s killer. So Hogan hadn’t liked that because he and his boys had wanted to extract blood on their own terms though he eventually chose to let Pride handle things. Pride had promised him that things had changed the last time they saw each other and that the vets weren’t the criminal. They were simply people that were going to get justice this time around.

So Pride had gotten the vets to back down and he had driven out to the Niners clubhouse with LaSalle, but the two men had finally got the chance to talk. Both Pride and Percy had noticed that there was something up with LaSalle so Pride got around to asking about it and LaSalle was honest with him. LaSalle had told his friend and boss that he was now a father to a toddler. The little boy had looked just like him and LaSalle was interested in trying to be a good dad. Though he also found parenting to be a lot complicated than it looked. His son stayed up all night crying and his son’s mother kept texting him during the day with things the baby needed. Like sippy cops.

LaSalle though hadn’t known what sippy cups were so having Pride around to tell him that it was going to get easier in time had helped. But there was a sadly an incident not long after they talked. Pride and LaSalle had been walking to the Niners’ clubhouse when the place exploded and several prominent members were killed. So it was the Niners that suddenly wanted blood because they believed that the vets had attacked them and so they wanted payback even if they weren’t entirely sure that the vets had attacked them. The vets had promised Pride after all that they were going to let him handle the Niners so Pride felt there was something off with the explosion.

Pride knew Hogan and so he usually was able to take Hogan at his word. So it just hadn’t made any sense to him that the vets would change their minds so abruptly much less make a move against the Niners when they knew that NCIS were already heading there. However, Sebastian had later found enough evidence to indicate that they had bombed the Niners. Sebastian had found out that the vets had apparently bought up some land they wanted to rebuild and so the permit they got for that had also allowed them to purchase dynamite. The same type of dynamite that had come up as a match to what detonated the Niners’ clubhouse yet that hadn’t been all that Sebastian found.

Sebastian had done an analysis of the IED that had torn through the clubhouse and he told Pride the bomb had taken some military engineering. So Pride had been disheartened to hear that. He had tried to give the vets the benefit of the doubt and then he had learned from Sebastian that it couldn’t have been anyone else that blew up the Niners’ clubhouse. Yet, there was a minor difficulty with issuing a warrant for Hogan’s arrest seeing as he had been reported missing so Pride had to do something they truly didn’t want to. Pride had to sign off on letting Percy use a former ATF informant.

Percy had apparently known Ramon as a motorcycle specialist and she had told Pride that her cover with him had never been blown. So Percy had been allowed in the end to talk up Ramon again as if she was any other biker chick and Gregorio had acted as her back. Though Gregorio felt there was more to Percy’s story about Ramon than the other woman was telling so she looked Ramon up. Gregorio had later said that she had been feeling about Ramon because it did seem strange that he had gotten involved with gunrunners back in the day and was now attaching himself to the Niners. And so Gregorio had found out Percy’s secret.

Percy had withheld the fact that she had protected Ramon during the gunrunning bust and funnily enough the former ATF agent didn’t even know who Ramon really was. Ramon was merely the latest alias he had been using and he was so good that he talked Percy into giving up her only weapon as she followed on a Niners’ job. So Percy had gotten so involved with ‘Ramon’ that she never realized he had connections to the mob or that his real friends had actually hired him to get the Niners to turn on the vets as a way of grabbing the land that the vets had recently bought up. But that was something they had only figure out because of touch DNA.

DNA had been found on the bullet that killed Lloyd and it matched what had been on some of the shrapnel pieces in the bomb. So NCIS had figured out that the Niners/Vet war had been created by a third party and that they had stop it before either party truly attacked the other. But Plame had a hard time locating Percy’s location. Percy had ditched her tracker and that gamble of hers was making her rescue harder. Her burner cell was notoriously difficult to track and so her location was jumping back and forth between three locations until Plame was eventually able to pinpoint it to one.

Ramon had taken Percy to a salvage yard and she had blown her cover with him. Percy had seen that the Niners were going to kill Hogan so she was going to intervene, but Ramon pulled a weapon on her. Ramon had apparently known that Percy was agent and he had overlooked it because he knew that she had gotten him off back when they first met. However, Ramon was going to kill her to make sure the plan worked and the only reason he didn’t want because her people showed up. Gregorio had pulled a weapon on Ramon to get him to drop his gun and Pride had been working with both the Niners and Hogan. Hogan had gotten out of his restraints and was going to kill someone if Pride hadn’t stopped him.

Yet, Pride was able to diffuse the situation and he kept a biker war from breaking out. So NCIS were once again the heroes of the day and Percy had surprisingly grew to be closer to Gregorio however Gregorio refused to tell Percy LaSalle’s secret. She said that she wasn’t going to get in the middle and so she didn’t tell anyone that LaSalle had a son that he was struggling to raise. That was LaSalle’s secret to tell after all.