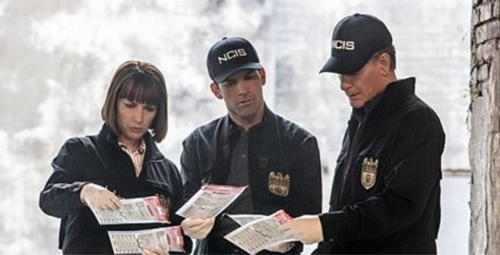 Tonight on CBS NCIS: New Orleans returns with an all new Tuesday March 22, season 2 episode 19 called, “Means to an End,” and we have your weekly recap below. On tonight’s episode, the team discovers a surveillance van filled with photos of Agent Pride. (Scott Bakula)

On the last episode Brody believed that a sailor hit by a party bus in the French Quarter was connected to her sister’s death, after the NCIS team discovers similarities between the two. Meanwhile, the team prepared for St. Patrick’s Day festivities in the Big Easy. Did you watch the last episode? If you missed it, we have a full and detailed recap right here for you.

On tonight’s episode as per the CBS synopsis, “the team discovers a surveillance van filled with photos of Agent Pride after Laurel’s attacked on campus and put in protective custody.”

Tonight’s episode looks like it is going to be great and you won’t want to miss it, so be sure to tune in for our live coverage of CBS’s NCIS: New Orleans at 9:00 PM EST! While you wait for our recap hit the comments and let us know how excited you are about the season 2 episode 19.

Pride’s daughter was attacked on tonight’s all new episode of “NCIS: New Orleans” and fortunately she was able to both fight her and permanently subdue her attacker.

However, the case wasn’t exactly open-closed. Laurel had apparently killed her attacker by throwing him off her which was how his head then hit a rock yet Laurel would later tell her father that she didn’t necessarily think the assault was out of the blue. She said that she had noticed a van that’s seemingly been following her for the past couple of days and that she had also reported it to the local Baton Rouge PD. Only they hadn’t thought much of it and had initially dismissed her claims until someone had physically made a move against her.

So Pride hadn’t thought much of the local police’s actions and that gave him enough reason to believe that he shouldn’t give them a second chance to overlook anything, but it wasn’t really his place to open an investigation of his own. Yet, that’s what he did and he also got his own people involved as well. Pride had Sonja take a picture of what looked like tire marks in the mud at Laurel’s crime scene and he then handed over the photos to Sebastian who had been the only person to wonder if they were doing the right thing.

But LaSalle and Brody said they were. Laurel was family and, from all appearances, there was a chance that the threat to her wasn’t over.

The police, you see, had taken one look at Laurel’s assailant and they had drawn their own conclusions. They had assumed that the young man involved who had a past history and had in fact been questioned several times in the past for harassing women around the local college campus had progressed or had wanted to progress to sexual assault. So they hadn’t been looking for anyone else and the lead detective had honestly been shocked to find out that Laurel had something else to add. She said that the man she had accidentally killed hadn’t been the driver she had seen in the van.

And therefore there ended up being more than one person spying on her. So when Sebastien realized how serious the situation was, he stopped having reservations and matched the tire prints to a certain van. That Plame was eventually able to find after he broke into the Baton Rouge database to use their traffic cameras.

Though the van, itself, led to more questions than answers. As it happens the van had been filled with high tech surveillance equipment which would have been too much for a young woman, but would be just what Pride’s enemies needed if they were to spy on. So Pride later had to go through his long list of enemies because he had to find out who had targeted his daughter as a way to make it suffer.

Only NCIS headquarters had eventually gotten wind of the situation and so they sent in NCIS Special Agent Karen Hardy. It was Hardy’s job to oversee the rest of the investigation and the first thing she had to deal with was the Baton Rouge Police. Who had been hacked by NCIS and even had their entire investigation trampled on by people who didn’t hold jurisdiction.

So the only way to get the police off their backs was for them to follow protocol there on out. Yet, Pride hadn’t wanted to follow rules. He just wanted to stop whoever had a problem with him from hurting his daughter and so he pretty much ignored everything Hardy had tried to tell him. And to make it worse, his people continued to follow his lead.

But Pride did end up crossing a line. He had apparently found out that the militia people had been involved with the assault on his daughter so he had found one of the few men still in the area and had gone over there to confront him. First with words and then with his fists. So that same man had later lawyered up and there had been nothing Hardy could do about it.

Though she had tried to speak with Pride again following that particular incident and she had also tried to tell his people that they were to bring any new evidence to her, but keep Pride in the dark.

And so it took her while to understand that there was simply no way Pride was go to sit back on this one. Especially not with the choices he was forced to make like placing his daughter in a safe house with Sonja. And so Pride already knew she was going to be safe no matter what he did. Yet, he had Dr. Wade check up on her when it was confirmed that the militia was still operational.

In fact, Zed Hastings had still been running things behind bars because they found evidence of a dead naval officer on his smuggled cell and therefore it had been his choice to target Laurel in the first place. But the extremist group’s real mission had been about more than just petty revenge. It had actually been about targeting American military operations in the US so that’s why they accepted the help of Syrian nationals.

The Syrians wanted the names of the six Navy SEALs that had been used to kill one of theirs and in return they promised to provide the support that the militia needed to take on their own government. Only Brody and LaSalle were able to piece together where the militia was going to hit next and they made sure their people got there first. And that there wouldn’t be any casualties when they brought in the last of Zed’s people.

Although, Zed hadn’t been in charge of the deal with Syria. One of his own had assumed power without his knowledge and, funnily enough, it was same lawyer that Pride had to go up against earlier that later tried to make a second play on Laurel’s life, but thankfully Sonja had been there to stop her.