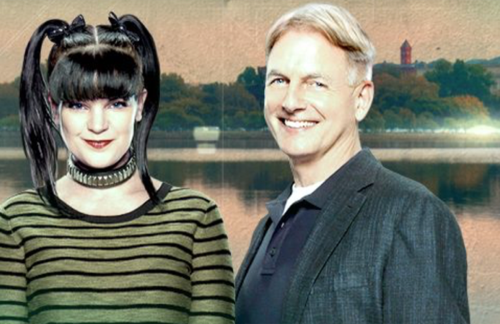 Tonight on CBS the #1 drama series NCIS with an all-new Tuesday, October 11, 2016, season 14 episode 4 and we have your NCIS recap below for you. On tonight’s season 14 episode 4 of NCIS, McGee (Sean Murray) contemplates the perfect proposal for Delilah Fielding. (Margo Harshman)

Did you watch the last episode of NCIS where the NCIS team investigated a marine sergeant’s tragic fall from a building, her doctor, Grace Confalone (Laura San Giacomo), confided in Gibbs (Mark Hamon)? If you missed it we have a full and detailed NCIS recap, right here!

On tonight’s NCIS episode as per the CBS synopsis, “Gibbs, Quinn and Palmer travel out to sea and board a destroyer after the body of a navy lieutenant is discovered during a tiger cruise, when civilian guests are allowed to spend the night on the ship. Meanwhile, McGee contemplates the perfect proposal for Delilah Fielding.”

Gibbs had a tough case on his hands when a dead body was found on an active Navy Destroyer on tonight’s episode of “NCIS”.

Gibbs was apparently used to working a case no matter the condition so working on the seas didn’t bother him, but that particular Destroyer had what they called a Tiger Cruise. The Tiger Cruise was when family of acting navy personnel were allowed to spend a night on the ship in order to get better understanding of what it was like. So, in this situation, that meant Gibbs had to tread on thin ice. For some reason or another the captain of the ship hadn’t wanted to announce what had happened because she said she didn’t want to alarm the civilians that were still on the ship. Yet, the news still later got out despite her best efforts and there was no calming the victim’s cousin.

The victim had been Lieutenant Vivian Mills. She had been found stuffed in the trash chute by the person that usually cleaned the area. So it was safe to say that someone put her in there and that and that they were probably hoping that the chute would kindly destroy the evidence for them. But it didn’t and Mills’s death was therefore ruled a murder though her cousin had no idea why anyone would hurt Mills. David Kemmons had been closed to Mills since they were younger and it didn’t seem as if they had anybody else so David had wanted to know what happened. And he sure didn’t like it when Gibbs naturally questioned him as a suspect.

David had actually gotten angry about that last part and he had told Gibbs that he didn’t like what he was implying. He had said he could never hurt Mills and he had appeared to be genuinely worried about her and her absence earlier when everyone had first heard about there being a death on the ship. Though once David had passed Gibbs and Quinn’s initial interview, they then had to interview all the other family members onboard the ship. So they had to question everyone. They questioned the friend that said he had agreed to the Tiger Cruise to escape his kid, then there was the rude younger brother had been forced on the Cruise, and finally they there was someone missing.

Navy Seaman Jennifer Baxter had asked for two “tigers” for the Tiger Cruise and no one had any idea where her brother was. However, Baxter had said her brother couldn’t make the trip because he had called her about car trouble so there were a few people that questioned that. Baxter had apparently gotten some looks for her fellow servicemen because they had wanted to know if her brother was telling the truth or if he had helped someone get onboard the ship without anyone knowing, but Abby had thankfully found Baxter’s brother and his car. So she checked it out herself and found out that someone had deliberately tampered with it.

So Mills’s death hadn’t been random. Someone had gone through a lot to make sure they were onboard and unfortunately no one knew who that person was. NCIS for instance had known that their culprit was a man because he had passed himself off as Baxter’s brother. But other than that they didn’t have much. Palmer, though, had come onboard with Gibbs and so he had collected as much evidence as he could and some of it was actually useful. There was a drone in the garbage which proved that someone had destroyed it and there was also footage from the cruise that showed the celebrity onboard had been allowed into a restricted area.

Some singer by the name of Kasey Powers was doing a goodwill tour by visiting the military. Though her lawyer that was constantly by her side hadn’t wanted her to talk to NCIS unless they had necessary cause and they got that with the video. Kasey after all her been allowed into a restricted area and so NCIS had needed to know if anyone else had been with her. So, despite what her lawyer wanted, Kasey thought it was best to comply. She told Gibbs and Quinn that she had been signing autographs because there was kind of a secret agenda behind her goodwill tour. Kasey it seems had needed a way to cover up the fact she had surgery on her vocal chords so that’s why she suddenly to do to cheer up active servicemen.

Kasey explained that her grandfather had been Navy and that she thought she could some good while recuperated. Yet, neither Kasey nor her lawyer had known who was in the restrictive area with her. She hadn’t been paying attention and her lawyer hadn’t exactly taken attendance. So the two weren’t much help in finding out who had impersonate Stewart Baxter however the impersonator had thankfully left behind some DNA and there was a match in the system. The impersonator was Wayne Cribbage and Wayne had tried to swim to shore when he knew that he was close to being arrested.

However, Wayne wasn’t their killer. Wayne was just a paparazzo that had wanted to get good shots of Kasey and he later said that he had been in the trash room when he overheard a woman and man arguing. Only Wayne claimed he didn’t see anyone’s face and so he wasn’t really a good witness to the murder, but thankfully a restraining order had pinged and they had found out that someone on the ship had lied to during questioning. Gibbs and Quinn had apparently questioned the guy that said he just wanted to a free ride from his responsibility and it turns out that he was actually using the ship to reach his ex-wife’s port.

Merrick Gomer had wanted to see his son though he couldn’t because his ex-wife who was in the Navy had taken out a restraining against him. So he used the ship to reach her port and unfortunately Mills had recognized him. Mills had known his ex-wife and therefore she knew that Merrick shouldn’t even be on the ship much less one that was pulling into the port nearest to his wife. But Merrick killed her to protect his secret and his plan was to kidnap his son when no one was looking.

Only Gibbs figured out what he was going to do and stopped Merrick before he could disappear with his son. So Merrick will be going to prison for Mill’s murder yet Mill’s it seems had a secret. Her cousin wasn’t really her cousin. David had actually been her boyfriend and so he hadn’t wanted to say anything because he didn’t want to tarnish Mill’s memory with the crew by showing her in a negative light by bringing an unauthorized boyfriend on the ship. Though David hadn’t lied earlier. He had loved her and that’s why he wanted to protect her memory so badly. And, do you know what, David’s devotion had given McGee all the inspiration he need to scrap his over the top proposal plan and instead just propose spontaneously.

And Delilah had later said “yes”!