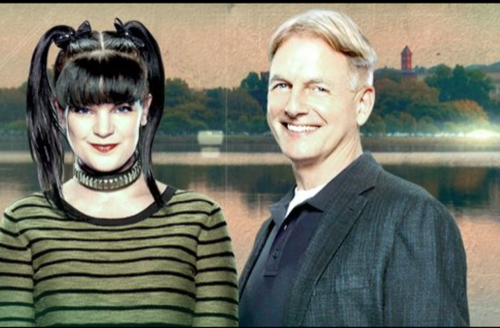 Tonight on CBS the #1 drama series NCIS with an all-new Tuesday, October 4, 2016, season 14 episode 3 and we have your NCIS recap below for you. On tonight’s season 14 episode 3 of NCIS, a marine sergeant is killed when she falls from a building, but her doctor, Grace Confalone, (Laura San Giacomo) risks breaking patient confidentiality and urges Gibbs (Mark Harmon) to investigate the death as a murder.

Did you watch the last episode of NCIS where NCIS uncovered a bomb plot and a long-running theft ring while investigating a death at a Quantico reunion? If you missed it we have a full and detailed NCIS recap, right here!

On tonight’s NCIS episode as per the CBS synopsis, “When the NCIS team investigates a marine sergeant’s tragic fall from a building, her doctor, Grace Confalone (Laura San Giacomo), confides in Gibbs and suggests he treat it as a murder investigation. Also, Torres searches for a place to live.”

A Marine Sergeant was in a coma on tonight’s all new episode after she took a dive from the rooftop of her building. However, NCIS was called in on this particular case because there was some confusion about whether or not Sgt. Erin Hill had tried to commit suicide. Hill’s psychiatrist who knew Gibbs personally had said that she couldn’t mention much about her patient, but she had been pretty sure that someone had tried to kill Hill and so she had asked that Gibbs investigate the case as if it was. So naturally Gibbs had later tried to pressure Dr. Grace Confalone to spill more than that only she wasn’t having it.

Dr. Grace was very careful about respecting doctor/patient confidentiality which was why she didn’t alluded to Gibbs being a patient in front of the newbies and so she didn’t want to go into why she believed Hill didn’t try to kill herself. But Grace did want to help NCIS’s investigation so she again reiterated that she was sure Hill hadn’t killed herself. So it had really been up to Gibbs to decide if he could trust Grace’s judgment and he did. He had investigated Hill’s death as suspicious and he thought he was going to find something yet all that the investigation turned up was that Hill had killed herself.

Hill had been spotted on several security cameras that had been placed all throughout the building and there had been no one with her at any point for Gibbs or his team to believe that she had been pushed. It didn’t look like it and other testimonies including one from her superior officer showed that she was in a fragile state of mind. Hill had recently returned from a stressful tour of Afghanistan that saw her see especially grueling action when she had been forced to use her body to protect her fellow comrades so her superior officer had also believed that she wouldn’t have reenlist once her time was up. And her time was coming up.

Hill had enlisted right out of high school and so she her choice about reenlisting had been relatively close. But what Hill’s sister Devon couldn’t understand was why her sister killed tried to kill herself. Devon had said that she and her sister had been discussing their futures so the plan had always been that Hill was going to help her sister go back to school. So Devon was feeling guilty because she wondered if her sister was afraid about staying on in the military though there had been other options for Hill. Hill had gotten an offer from a private contractor that claimed he met her overseas and he said that he had tried to call her on the day she died however she never answered.

Nor will she ever wake up. Hill later went into cardiac arrest at the hospital and she died from her injuries. So the first thing that Grace had done when she heard the news was to go over to Gibbs’s place. Grace said that confidentiality ended when her patient died so she finally revealed to Gibbs and Gibbs’s new roommate Fornell that Hill had told her that she had taken part in a murder cover up overseas. Hill had just been opening up to her and so Grace hadn’t gotten all the details. However, Grace felt sure that the cover up had in some way caused Hill’s death so Gibbs and surprisingly Fornell had investigated that lead.

Hill hadn’t told anyone else about this murder, but Fornell ended up finding out that the contractor that had supposedly wanted to hire Hill had been former CIA and Fornell’s contacts also said the guy was on the shady side. Though Gibbs didn’t want Fornell investigating the case because Fornell was still taking it easy so he had asked McGee to escort his friend out of the building and he had gotten back to investigating what happened with Hill. So Abby went back to the drawing board and she had found something odd with the surveillance video that they all thought had proved Hill killed herself.

Hill had apparently been wearing one watch at the start of the video and she had been found with a second watch when the ambulance came for her after her fall. Abby therefore said that it was impossible for the other woman to change watches mid-fall and that someone had edited the video. But the only person that could have edited the video was the building’s maintenance man who just so happened to be an ex-con. Gregg Abell had gotten arrested for hacking and so he knew his way around the computer. So the only question that daunted everyone was why Gregg had edited the video before turning it in?

Torres though was able to get the answer to that question by heavily flirting with a woman from the apartment building. Torres found out that Hill’s sister Devon was involved with Abell and that the couple might have been who Hill was talking about in therapy. So Hill hadn’t been all that honest with her therapist. Hill had made Grace believe that the murder had somehow involved her work when really it had been her sister that had gone in over her head. Yet there had been reason for why she didn’t want to talk about her sister. Hill’s sister Devon had raised her since she was small so she had thought she owed Devon something and that’s why she covered up what Devon did.

Devon had been convinced by her boyfriend Gregg that the old man she wound check up on in the building wasn’t going to miss his gold coins’ collection. Gregg had apparently said that Leonard Odette was going to die soon from old age and that he didn’t have any family. So that coin collection which would have been a small fortune to the both of them wouldn’t be missed if they took out a few pieces here and there. But Devon later claimed to Gibbs during their interview that she had no idea that Gregg was going to kill Leonard and so she only helped him hide the crime because she knew that she would look guilty if anyone were to investigate Leonard’s death.

However, Devon didn’t realize that Gregg had hurt her sister until that very second in the interview room when she was explaining what had happened to Leonard. So Devon will have to face charges for what she was complicit in, but Gibbs and his team had later captured Gregg so Devon won’t be the only one facing charges. And in the end Grace had been right. Grace had known that Hill didn’t kill herself so once everything had been cleared up, Grace had gone over to Gibbs for another drink with the guys.