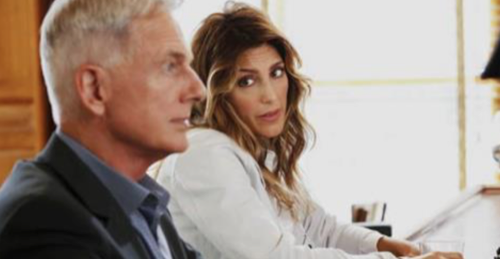 Tonight on CBS the #1 drama series NCIS with an all-new Tuesday, October 11, 2016, season 14 episode 5 and we have your NCIS recap below for you. On tonight’s season 14 episode 5 of NCIS, Quinn (Jennifer Esposito) painfully recounts the NCIS case that made her leave field work.

Did you watch the last episode of NCIS where Gibbs, (Mark Harmon) Quinn (Jennifer Esposito) and Palmer traveled out to sea and board a destroyer after the body of a navy lieutenant was discovered during a tiger cruise, when civilian guests were allowed to spend the night on the ship? If you missed it we have a full and detailed NCIS recap, right here!

On tonight’s NCIS episode as per the CBS synopsis, “When a missing MI6 Officer is linked to a murdered petty officer, Gibbs (Mark Harmon) sends Quinn and Bishop to Philadelphia to work with MI6 Officer Clayton Reeves (Duane Henry). Also, Quinn (Jennifer Esposito) painfully recounts the NCIS case that made her leave field work.”

Things had gotten a bit tricky at the office when a friend of the team had stopped by and had apparently remembered Special Agent Quinn. Though not in the way she expected or would have preferred. Quinn, it seems had been trying to dodge this guy Francis for some times now and he just wasn’t getting the hint. So Quinn had been a little embarrassed to have someone hit on her right in front of her entire squad, but she had agreed to take Francis’s number and had told him that she would call him. Even if chances of that were pretty slim and would always slim.

Quinn had later told everyone that she hadn’t been interested in Francis and that she simply didn’t know how to turn him down gently without hurting his feelings. But Gibbs had eventually helped her escape a dinner with Francis when he told the team about a new case. Gibbs had said that another old friend of theirs who was always an MI6 agent had wanted the team to come up to Philly in order to help him with a petty officer’s death. So both Quinn and Bishop had been told to board the plane and head out to Philly so that their team had some sort of presence in the city.

However, that trip and any trip to Philadelphia was something that Quinn never would have done if Gibbs hadn’t forced her into it. Quinn as it turns out had a history in the city and so she didn’t want to revisit it yet she had to for the case because MI6 Agent Clayton Reeves had needed them. Clayton had said that he had been looking for his friend and fellow MI6 agent when he came across petty officer’s body and didn’t know what happened. He didn’t know if his fellow agent had been responsible for what to Petty Officer Gary Falco and so he didn’t want to rely on the NCIS agency in the northeast.

Clayton had preferred Gibbs team because he had worked with them in the past and had a reason to trust them. Yet, Clayton had also warned Gibbs that he and MI6 Agent Mason Finley had been investigating illegal gun smuggling and black market items. So what Clayton wanted to do was first find Finley and then find out what happened to Gary Falco. He said that he had traced Finley’s last location to the alley and that he had found Gary’s body in that same alley. And so Clayton thought that Gary might have been part of that smuggling ring.

Only he hadn’t been. Gary had apparently talked to his mother about possibly getting a ride back home so it seems that he might have just been in the wrong place at the wrong time. Though that theory that NCIS had come up with hadn’t panned out until Clayton had suddenly gotten a distressed signal from Finley. Finley had managed to get a text to Clayton so he had traced the signal to where Finley was and that lead to Clayton eventually finding his partner in an abandoned house. Finley had unfortunately been beaten almost to death and had badly needed a hospital.

But Finley didn’t want to go to the hospital and all he truly wanted was to find the men that had tortured him. So Clayton had thought that his friend was ready for the field and he had decided to let Finley come with them to investigate what happened despite Quinn having objections. Quinn had said that Finley wasn’t ready to go back out into the field and she thought that Finley might snap if he was under anymore pressure. And sadly Quinn had eventually been proven right when Finley had gone off half-cocked and ended up shooting a suspect.

The suspect had been Nestor Carbone and the guys back home had thought that he might be involved in what happened to Finley because Nestor had inherited a smuggling ring from his father. However, Nestor had worked in and owned an auto body shop. So he wasn’t exactly a dangerous threat when Finley had shot him and it turns out that Nestor hadn’t been part of what happened. Nestor had run a body shop with stolen and therefore illegal cars. And a stolen car ring wasn’t a big enough reason to kidnap much less torture an MI6 agent.

So Finley had clearly made a mistake with shooting Nestor however Torres had seen some of the pictures where he had been allegedly held prisoner and he had thought that there was something off. Which was why Torres had gone to Abby for help. Torres had later asked Abby where was the bathroom in the pictures because he said that Finley would have needed some place to go if he had really been held prisoner for a few days and in the same place. Yet, Abby hadn’t thought that was a stupid question and so she had investigated it for Torres.

Abby had gotten blueprints for the house that Finley was supposedly held in and there was no plumbing at all in the building. Though there had been a bathroom at a coffee shop just down the block and surveillance cameras from that same coffee shop had showed Finley laughing it up with two suspects that he swore hadn’t been involved in his kidnapping. Finley had said that Daley brothers were into exotic birds smuggling and that they weren’t even on his radar yet the footage showed that Finley was instead in cahoots with them and that his kidnapping had been a setup.

Finley had probably faked the whole thing after he realized Clayton was looking for him and had found that dead petty officer. So the bruises as well as the “trauma” that led to him shooting Nestor, had also been faked. But Clayton hadn’t the truth lightly. He had wanted to find Finley the second NCIS had informed him about the fraud though by then it had been too late for him and for NCIS. Finley had apparently gone on the run after the “accidental shooting” and there was no trace of him or of the Daly Brothers.

However, Torres and McGee still had a few leads on their end so they looked into where the Daly brothers would be hiding while Gibbs decided to fly to Philly. Gibbs had been concerned about Quinn and nothing that Bishop had told him had made him feel better about forcing Quinn to face her past. So Gibbs had flown to Philly and he had gone looking for Quinn when no one could find her so he eventually found Quinn at a bar. Quinn had unfortunately wanted to drink herself into oblivion and so Gibbs had finally asked what happened to make her so frightened.

Quinn had always been one of the toughest people he knew and he didn’t think the official story about what happened to her in Philly was the whole story. Gibbs had said that Quinn would have recovered by now if all that happened was that she lost someone in the field. Yet, Quinn had been hesitant about telling him what really happened so Gibbs had to goad her into telling the truth. So Quinn told him everything in the end. Quinn told him that she had been on the phone with her fiancée when her partner Emily Shaw had left the car to give her privacy and had been gunned down before either she or Quinn had known that they were under fire.

So Quinn blamed herself for Emily later dying from her wounds. She said if she hadn’t been distracted that she would have seen the guy hiding out in the doorway and Emily wouldn’t have been alone when she died. But Gibbs had told her that both she and Emily knew the risks of the job and that Quinn shouldn’t blame herself for what happened to her friend. He said that she had done her best to help Emily and that’s what mattered. And so Quinn had gone with Gibbs when their friends back home found some reliable information.

Torres and McGee had pinpointed where the Daly brothers were hiding and that led to the capture of the Daly brothers as well as Finley. Finley had actually tried to plead with Clayton to let him go. However, Clayton had realized something since finding out that Finley was dirty. Clayton had realized that his real friends were the ones fighting by his side and Finley was merely the man that turned his back on everything they believed in. So Clayton had personally brought Finely down and, elsewhere, Gibbs finally came around to asking about Quinn’s fiancée.

Quinn though had said that the relationship fell apart not long after Emily’s death and that she was pretty gun shy about entering into a new relationship so that was something else that she had to work on.