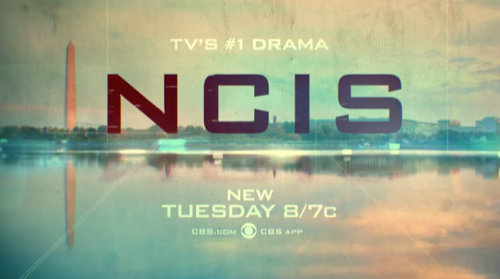 Tonight on CBS the #1 drama series NCIS with an all-new Tuesday, December 6, 2016, season 14 episode 9 and we have your NCIS recap below for you. On tonight’s NCIS season 14 episode 9 as per the CBS synopsis, “The NCIS team investigates a series of escalating threats against congresswoman Jenna Flemming, (Mary Stuart Masterson) while Director Vance (Rocky Carroll) oversees temporary protection detail.”

Congresswoman Jenna Flemming was considered one of the good ones on Capitol Hill however ,someone had apparently been threatening her for months and the level of violence was merely escalating. So Flemming’s personal aide Max Sanders grew concerned. He thought it would be best to finally report what was going on and to ask for help protecting his boss. But Flemming told him no. She hadn’t wanted anyone to hear that she had been frightened by a few “little” things because she didn’t want to come across as someone unable to handle herself and who needed the big guns to protect her.

However, the Max did eventually gain the courage to go behind her back and that was only because he had to. Max and his boss were simply heading back to the car after a long day of duck shooting with the congresswoman’s donors when they both found a dead rat in her car. The rat it seems had had a note for Flemming indicating that she was next so Max decided to take that threat seriously. He had later reported the rat and he had talked to NCIS about the others threats when he knew that Flemming would be angry with him. Max though didn’t care and he told NCIS that the threats began as threats on social media then it was letters followed by angry faces in the audience.

So having that sort of information did help NCIS and they saw where Max was coming from. They too were concerned that the congresswoman was taking things too lightly and they had tried talking about it to her themselves. Though the congresswoman was stubborn. She refused to believe that her life was in danger and she had honestly thought NCIS were blowing things out of proportion seeing as Director Vance had a bill on the books that she could hopefully help him to pass yet Vance knew better than that. He said that he had tried getting that bill for funding to pass for years and nothing had worked on the congresswoman. And Vance reminded her of threat!

Vance had said that he wouldn’t try bribing her and that he never would risk the integrity of his office to create a false threat. So Flemming backed off from trying to accuse Vance of something, but she still needed some more clarification about the threat and so the guys explained it to her. They told her that someone had bypassed security on base to get to her car and that they must have been watching her to know when she would be going back to her car. Which was something that Flemming was able to take seriously. Yet, she didn’t think that she needed protection much less that the FBI had fobbed her off on NCIS and so she was proving to be a handful.

Flemming had wanted to go about her day like nothing had happened and she had hated answering questions. But McGee and Torress later found where the threats were coming from. They found out that a teenage girl had started the whole threating Flemming thing as some sort of social project and that she had gotten a little carried away. Amy had apparently referred to Flemming as Attila the Hun and she had stirred up a frenzy by implying that Flemming should be hung up for her crimes. So the guys had checked out Amy and she hadn’t cared about whom she was about or that she was creating a dangerous situation.

Amy had just thought that she was finally in her mother’s footsteps and she later didn’t get it when NCIS informed her that someone had taken up her call. Though the one person that was eventually convinced that the threats were serious was Flemming. Flemming and NCIS had been informed that her personal aide Max had been found dead and Flemming couldn’t help but blame herself for that. Flemming and Max had been close and she regretted that she had never told him how much he had meant to her. So Flemming quickly began helping NCIS with their investigation and she told them that Max was one of the few people that knew about the Brighton Naval Base.

The Brighton Naval Base was one among many naval bases that needed funding and so Flemming had sent Max out to see it in order to gather research. Max was supposed to gather enough information on the base to detect whether or not it should remain open and his conclusive results had been to close the place. So that’s what was going to happen to the base and Flemming was the one that was going to be signing off on it. However, it wasn’t an easy decision for her. She said that she regretted doing it because the base was at the heart of a small town in her district and she didn’t what to see that small town disappear.

Yet, the base wasn’t feasible so Flemming signed off on closing it and had thought that was still a hush hush. She said that everyone that knew the base was closing had been sworn to secrecy and she knew that Max hadn’t talked. So they asked who might have found out, even if it was by chance, and if that person could have been violent so she told them about Jed Hamilton. Jed Hamilton had owned most of the property in Brighton and he knew that the town would die if the base was closed. And he was right because everyone knew that decision would be the end however Jed wasn’t their killer.

Jed had made a big scene with Max at the motel and he had hit him though then he had gone to the strip club and therefore he had an alibi for Max’s death. But the one person that didn’t have an alibi was Max’s girlfriend. Max had apparently met Laurie when he was doing research for the base and she was a realtor in Brighton. So Laurie would have lost out on the property development venture she was handling in Brighton if the base closed and unfortunately she had overheard what Jed had said because she had also been at the motel yet Laurie hadn’t gotten upset that Max hadn’t warned her in advance and she said she didn’t know that she had hit him that hard.

So she didn’t know that what she did with what Jed did was what ended up killing Max, but now she’s going to jail and the congresswoman who got justice for Max was also suddenly asking out Vance.