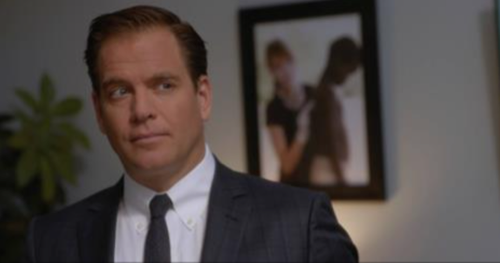 Tonight on CBS NCIS returns with an all new Tuesday February 23, season 13 episode 16 called, “Loose Cannons” and we have your weekly recap below. On tonight’s episode, Dr. Taft (Jon Cryer) experiences the rush of an NCIS case when he is assigned surgical duty on Gibbs’ (Mark Hamon) suspect and discovers some key evidence.

On the last episode, when Secretary of the Navy Sarah Porter (Leslie Hope)learned her daughter had been kidnapped, the NCIS team partners with the FBI to track the case, determined a motive and brought her home. Also, McGee’s childhood friend, NCIS Special Agent Valerie Page (Christina Chang), was in town to assist the team with advance tactics training. Did you watch the last episode? If you missed it, we have a full and detailed recap right here for you.

On tonight’s episode as per the CBS synopsis, “Dr. Taft experiences the rush of an NCIS case when he is assigned surgical duty on Gibbs’ suspect and discovers some key evidence. Meanwhile, DiNozzo visits Jeanne Benoit to help chase a lead involving doctors in Sudan.”

Tonight’s episode looks like it is going to be great and you won’t want to miss it, so be sure to tune in for our live coverage of CBS’s NCIS at 8:00 PM EST! While you wait for our recap hit the comments and let us know how excited you are for the season 13 episode 16.

Dr. Cyril Taft was back on tonight’s all new episode of “NCIS” and apparently he had finally gotten Gibbs to agree to talk.

However, before Cyril could talk Gibbs into seeing a proper therapist, they each received a call about a shooting as the Naval Ops Center. It seems that a group of armed men had broken into the facility to steal crates of military grade rifles as well as ammo when two petty officers came upon the scene. And had valiantly tried to stop the robbery.

And well Petty Officer Lamar Finn was found dead on arrival, but his patrol partner had survived the initial onslaught and she had managed to cripple one of the shooters. So it was this Fritz Beimler that Cyril had gotten the call about because the shooter desperately needed surgery. Yet Fritz later died on the operating table and Gibbs had somehow taken the death personally.

In fact, Gibbs had gone on to blame Cyril for making them lose their best lead into the missing crates of arsenal. And, though Gibbs did see sense in the end which had included an almost apology, Cyril had remembered that accusation and had tried to make it up to the guys by helping in whatever capacity he could. Starting with that strange scar he had seen on Fritz during surgery and that he thought Ducky should be aware of.

Cyril had mentioned the scar to Gibbs and, together with Ducky, the two men had opened Fritz open and had found a titanium plate installed in his forearm. Now that wasn’t strange because Fritz may have needed it, but that plate had been much too big for his arm. As if it had actually been made for someone else.

So Abby ran the code found on the plate and she found out it had been installed in a catholic priest some years ago after he had been involved in a nasty accident. Father Gerard Carlin, you see, had been much beloved priest down in Texas and many had mourned him when he left the church to go do missionary work in South Sudan. And unfortunately the man was just never heard from again.

Although, Father Gerard had been the second Africa reference that the NCIS had because Fritz had also been in Africa six months ago. Right around the time that Interpol had lost track of him. So Gibbs had told DiNozzo to speak with their doctor friends that had worked in Sudan to see if they may have an information about the people they were looking for.

And sadly that required DiNozzo to see Jeanne again. Jeanne was kind of the love of his life and so DiNozzo didn’t want to see her with her husband. But the boss gave him orders and Cyril decided to tag along just for the fun of it.

Which would have been fine if Cyril hadn’t offered commentary. Cyril it seems had taken a guess at DiNozzo and Jeanne’s former relationship and therefore he had made things extremely uncomfortable for DiNozzo. Especially when he asked if David also knew!

However, DiNozzo didn’t think that David knew and so he asked Cyril to tone it down while he got to work. And later he finally got the chance to ask David and Jeanne about their work overseas though his question eventually reminded Jeanne of a different time. Like when he was looking for her father, the infamous arms dealer.

So DiNozzo had actually promised her that the case he was talking about had nothing to do with her dad. Yet he soon had to eat his words when they found out one of the men they were looking for happened to have worked with Renee Benoit in the past. And that meant they needed Jeanne’s help in identifying the man going by the name “Oscar”.

And naturally Jeanne hadn’t been happy to hear her father’s name. To be honest, she had blamed DiNozzo for lying to her again even though he had been telling her the truth when he said her father wasn’t involved. But Jeanne had told them all she knew about Pierre.

“Pierre” had been her father’s driver and he had worked for Renee for years. So he probably learned everything there was to know about arms dealing from Renee and may have also have used some of Renee’s old tricks. Yet they had missed their chance on finding “Pierre” and had in fact run into another tactical team hunting the same man.

ATF had sent an agent to lead the investigation into the missing guns and, for some reason, Gibbs didn’t trust Agent Kitt. He would later say that he had bad relationship with ATF in the past but he had a change of heart about his willingness to trust the other organization when someone had tried to bomb Cyril after the doctor had gotten too close on the case. So Gibbs decided to speak agent to agent with Kitt and he learned that ATF had secretly been tracking the guns since they were stolen.

Apparently, they had put a tracker on everything in case of it being stolen and it had been their organization’s plan to see where the guns were going to be offloaded. Though Gibbs got Kitt to change his mind as well so he found the guys, including “Pierre”, and he got justice for Petty Officer Finn.

But, just when it looked like Gibbs was to get out of doing therapy, Cyril played a fast one on him and he secretly set him up with his own therapist. Who somehow got Gibbs talking without the NCIS agent even realizing it.