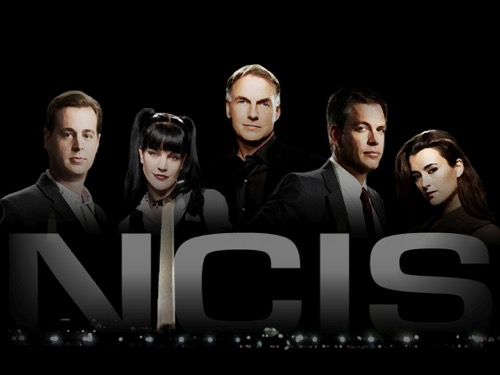 Tonight on CBS NCIS returns with an all new Tuesday, March 1 season 13 episode 16 called, “After Hours” and we have your weekly recap below. On tonight’s episode, the NCIS agents’ personal plans are interrupted when each of them catches errors in a seemingly cut-and-dry closed case.

On the last episode, Dr. Taft experienced the rush of an NCIS case when he was assigned surgical duty on Gibbs’ suspect and discovers some key evidence. Meanwhile, DiNozzo visited Jeanne Benoit to help chase a lead involving doctors in Sudan. Did you watch the last episode? If you missed it, we have a full and detailed recap right here for you.

On tonight’s episode as per the CBS synopsis, “the NCIS agents’ personal plans are interrupted when each of them catches errors in a seemingly cut-and-dry closed case. Meanwhile, McGee and Delilah argue over the importance of not talking about work during dinner; and DiNozzo bores his date with shop talk.”

Tonight’s episode looks like it is going to be great and you won’t want to miss it, so be sure to tune in for our live coverage of CBS’s NCIS at 8:00 PM EST! While you wait for our recap hit the comments and let us know how excited you are for the season 13 episode 17.

Falls Church Emergency Response received a strange call late one afternoon when a Naval Petty Officer called them to inform them about a man he shot.

Apparently Naval Petty Officer James Muldoon had shot someone in what had looked like self-defense after he noticed the victim had been attacking a young woman and had tried to intervene. So the case, from the outside looking in, had appeared as if it was going to be pretty open-shut. However, there was just something about Muldoon’s story that didn’t sit right with Gibbs.

Although Gibbs didn’t immediately tell anyone why he had been so suspicious of the Petty Officer. He merely took one look at the crime scene before he made up his mind and, afterwards, he had his people dig into both the victim and the Officer because he was looking for something. And hadn’t honestly knew the right word for it at the time.

All that he did know was that there was something wrong with the Petty Officer’s story. The young man claimed to have been driving back from grocery shopping when he spotted the victim holding a knife to the young woman’s throat. So that’s when Muldoon claimed he intervened. He said he stopped his car and quickly reached for his weapon in his glove compartment and that particular weapon ended up belonging to his grandfather who died back in January. Though Muldoon said he hadn’t register the weapon because he hadn’t been emotionally ready to even look at yet.

And then the story just continued to get stranger. Muldoon said he fired a warning shot that had allowed the young woman to get away, but that the man he would learn was Mitchell Grafton had then set his sights on attacking him. Hence he shot off three rounds with the last shot being the luckiest.

So what was weird about that story was that McGee realized there could be no way for Muldoon to have seen the knife at anyone’s throat because his car had been too far away and the knife hadn’t exactly been large. And another thing that was strange, especially to DiNozzo, was that he knew Muldoon to be an expert marksman so why did it take three shots to take one man down?

Therefore, Gibbs’s team eventually realized that he had a point when he made them dig into Muldoon because his story hadn’t added up and yet the real clincher in this case had been when Ducky and Palmer found out that Grafton had been dead a full hour before Muldoon called “911”. Well, it was actually fifty minutes to be precise. And in that time frame, someone had moved the body.

The medical examiners said that had Grafton had fallen on his right but they had found him on his left when they had collected them. So what was clear was that the crime scene had been tampered with. However, it was Gibbs that finally confirmed that the crime scene had in fact been staged because he had noticed from the very beginning that there hadn’t been any blood splatter on the victim. Or on his knife.

Which would mean he hadn’t been holding the knife at the time of his death and that his shooter hadn’t been in immediate danger. So right there Muldoon stopped being a hero, but the only motive they could think of was the young woman that he had supposedly saved. Though both Amy Harrison and Muldoon claimed to not to have known each other before the incident.

And Abby proved that one was a lie when she caught on to their text messages that stretched back from three months ago.

Thus Gibbs had both Amy and Muldoon dragged in for questioning and he asked them why it had been Amy’s DNA found on the bullets. Abby had apparently run some diagnostics she found when she went back to the crime scene. And it showed that Amy had loaded the murder weapon so all the NCIS was why?

As in why did she shoot Grafton and claimed it had been Mulddon? But the answer ended up being a heartbroken one. It seems that Amy had known the victim in Juvenile Hall where he had been a guard and she had gone in for a drug charge because of the pot found in her locker. And there, Grafton had sexually assaulted for all eight months she was locked up. Which would make sense seeing as he does have a rap sheet

And Amy would go on to say that she didn’t even remember following. She just did it and then he realized she was up to something. So she had to shoot him for her own safety and, out of sheer panic, she called “Jim”.

Her very good friend that happens to be in love with her, but who had known what she had gone through and has been protecting her ever since. And, really, no one wanted to blame him for that so no one wanted to pursue obstruction charges.

And they told Amy that she had a pretty good case for self-defense.