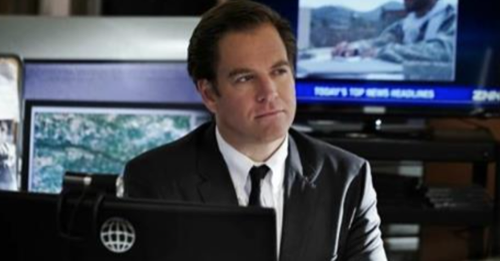 Tonight on CBS NCIS returns with an all new Tuesday, May 10 season 13 episode 22 called, “Dead Letter” and we have your weekly recap below. On tonight’s episode, NCIS, the FBI and MI6 search for an escaped British spy.

On the last episode, a 14 year old foiled a home invasion but Gibbs suspected the teen was withholding pertinent details. Did you watch the last episode? If you missed it, we have a full and detailed recap right here for you.

On tonight’s episode as per the CBS synopsis, “the NCIS team, alongside the FBI and MI6, continue an international manhunt for an escaped British spy who has left one colleague fighting for their life in ICU.”

Tonight’s episode looks like it is going to be great and you won’t want to miss it, so be sure to tune in for our live coverage of CBS’s NCIS at 8:00 PM EST! While you wait for our recap hit the comments and let us know how excited you are for the season 13 episode 22.

Jacob Scott’s one-man vendetta has managed to hit too close to home on tonight’s episode of “NCIS”. Jacob was somehow able to track down one of the members involved in his wife’s death and break into the safehouse that Tobias was covering. However, while Tobias hadn’t been Jacob’s objective, the former MI6 Agent no longer about who was right or wrong. And he shot Tobias just to get him out of the way.

So Jacob was doing well as he worked through the list of everyone he blamed for the death of his wife, but he also managed to make a bigger enemy out of Gibbs by targeting his close friend Tobias. Tobias and Gibbs have always had a tricky relationship what with them being married to the same woman albeit at different times in their lives. Yet, they were able to move pass that and become friends. And Gibbs has proven how close he was to Tobias and his family when he helped avenged Diane’s death.

But in the aftermath of Tobias’s shooting, his first concern had been about Tobias’s daughter’s safety. The teenager was all Tobias had in the world and she had recently lost her mother. So Gibbs knew that Emily couldn’t lose her father as well. And therefore he later complied when she asked him as her father’s power of attorney to rip up Tobias’s DNR.

Tobias it seems had had it one file for quite some time, but Emily thought her dad must have filled that out in the wake of her mother’s death. So she didn’t believe that he had been in the right mind frame and she kindly reminded Gibbs (as well as threatened her father’s doctor) that her father was a fighter. Tobias would fight to live and he would fight to stay with his daughter. Though, the doctor herself had been a little displeased when Gibbs chose take Emily’s side and disregard her patient’s standing DNR so she might have mentioned that he shouldn’t make decisions based off of emotions.

Only that’s what Gibb was already doing with the manhunt for Jacob Scott. The FBI had sent over another agent to replace Tobias in the field and for some reason Gibbs tried to work around her rather than with her. So all that led to one undermining the other. Yet, Agent Monroe was actually helpful and Gibbs began to see that once he stopped fighting what he thought was her intrusion on his case.

FBI Special Agent Monroe had spoken to former NCIS Agent Dresser’s ex-wife and the two were able to build up a rapport that let the ex feel comfortable enough to reveal what she knew about her husband. The two had divorced before his retirement and so she didn’t know where he had gone underground yet she did know that someone had dropped off a potted plant for her on what would have been a special occasion. So Abby was later able to get her hands on that plant and run a diagnostic of what was used. And where it originated from.

Though unfortunately NCIS had been a little too late in rescuing Dresser. Jacob had already got to him by then and the two men that were left with the dead body weren’t his people. One of the men had been MI6 Officer Clayton Reeves and the other was CIA Operative Trent Kort. Clayton who was a known associate of DiNozzo’s had come to the states to hunt Jacob when he had come across Dresser. However, Kort had gotten involved because he had actually known Dresser and the two had even been friends.

So the hunt for Jacob Scott had become personal for more than just Gibbs. Yet, things began to unravel as to why Jacob was doing what he was doing. The spy that had turned on his own country had initially appeared to be on a mission to avenge his wife though that didn’t explain what NCIS later found. DiNozzo and Bishop had found Jacob’s safehouse and they noticed that he had left behind a message for them. And in it he stated that they should stop hunting him before more people got hurt.

And, well, that didn’t seem understandable. If Jacob’s sole mission was to hunt and kill everyone he blamed for his wife then why would he suddenly stop if NCIS agreed not to pursue him. But the one thing that did become clear was that Jacob wasn’t going to be completely his vendetta list. The last person on it had been former NCIS Agent Allen Kane and it turns out that Kane had been the one to provide Jacob with Dresser’s address in exchange for fifty grand. So whatever issues he may have with Kane was quickly resolved.

Yet, if NCIS wanted to figure out what Jacob was truly doing on US soil then he had to find out what happened in his case. Jacob had been caught selling intel on nuclear information to Russia in 2002 and he had tried as an enemy to the UK and its allies. Only there was nothing in his file that connected him to Ziva and recent information they managed to get on Jacob showed he was looking for her. So just as they were able to get Kort to hand them the CIA official file on Jacob, that’s when everything took an abrupt turn.

Tobias was thankfully on the mend so he woke up for a couple of minutes and handed his daughter some information to pass on to Gibbs. It seems Tobias had found out which cell phone that Jacob was suing and so NCIS were able to put a tracker on it. And that’s when they found out Jacob was in the building. Their building which just so happens to be NCIS headquarters.

Although Jacob hadn’t been on planning anything nefarious. He had actually come to them because he was framed for the murders and wanted to clear his name of that as well as espionage. So that’s why he was looking for Ziva. Ziva’s father had proof that he was innocent and he was hoping she had inherited her father’s files. And therefore be able to clear his name however if Jacob was telling the truth then they had to look at who would set him up.

And when suspicion finally fell on Kort, it was too late. Kort had made a run for it, but before he set Ziva’s father’s house on fire and that’s reportedly where she was currently staying. So NCIS were left wondering if Kort managed to get to Ziva as a way to stop her from handing over her father’s files.