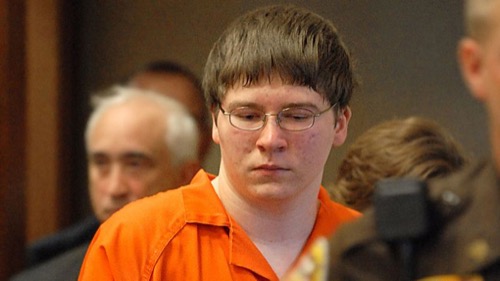 Brendan Dassey is the nephew of Steven Avery, the man the docu-series Making A Murderer was based on. Brendan Dassey was 16 years old at the time of the murder and was convicted alongside his Uncle Steven Avery in the murder of Teresa Halbach in 2005. On Friday, he was triumphant in court when his lawyers won the argument that his constitutional rights were violated during the investigation.

The Milwaukee Journal-Sentinel reports that Federal Magistrate William Duffin has agreed that his rights were violated, which means prosecutors have 90 days to decide whether they want to retry Brendan Dassey for Teresa Halbach’s murder. Steven Avery, who has already been wrongfully convicted of a crime he didn’t commit and spent 18 years of a 32-year sentence is also fighting to overturn his conviction, hiring new lawyers to help him with that.

Netflix’ Making A Murderer caught on like a wildfire among the public. It captured so much attention that Netflix’ programming chief announced in July that producers are working on new episodes. Executive Producers and Directors, Laura Ricciardi and Moira Demos stated that, “The viewers’ interest and attention has ensured that the story is not over, and we are fully committed to continuing to document events as they unfold.”

The new episodes will focus on Steven Avery and Brendan Dassey as they go through post-conviction process and attempt to challenge their convictions, as the State fights to have the convictions and sentences upheld.

If they choose not to retry the case, Brendan will have spent 11 years behind bars for a crime he did not commit, very similar to when his Uncle Steve Avery’s first overturned conviction, after spending 18 years in prison for something he clearly was innocent on. Is Brendan’s fate sealed by history repeating itself?  Let us know what you think in the comments section below and come back to CDL for the latest celebrity news.