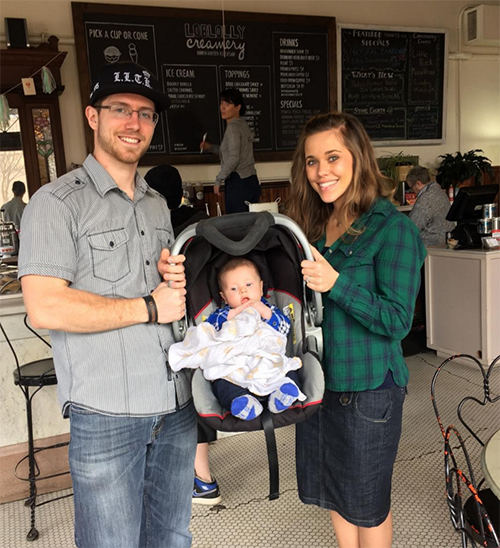 Is TLC going to cancel the Duggars’ reboot ‘Counting On?’ When Josh Duggar’s sex scandals plagued his religious family’s wholesome image, TLC had no choice but to pull ’19 Kids And Counting’ off the air. Once Jim Bob and Michelle Duggar defended their son Josh for molesting his sisters when he was a teen, there was really no way the network could bring back the ratings gold mine.

TLC was losing millions of dollars by taking ’19 Kids And Counting’ off the air – and was hoping that if they brought back the reality TV family with a new show titled ‘Counting On’ which focused on Josh’s victims – little sisters Jessa and Jill and their new families – they would appeal to viewers’ sympathy. Of course, the fact that Jessa Duggar and Jill Duggar vehemently defended their brother’s actions didn’t really improve their show’s demeanor much more than the original ’19 Kids And Counting.’

TLC is learning the hard way that no matter how the network spins it, America is done with the Duggars, and so are all of the companies that they sell advertisement spaces to. Over 15 companies freaked out and pulled their ads from the show’s timeslot after their commercials aired during ‘Counting On,’ according to a report from In Touch Weekly. It doesn’t matter what the show’s ratings look like if no company will pay to have their commercials aired during the show. No one wants their products associated with the Duggar Family. At this point, TLC literally can’t give away ad time during ‘Counting On.’

Some companies even made public apologies after their commercials aired during ‘Counting On’ and reassured customers that they do not support ‘Counting On’ or anything Duggar related. In a press release, a rep for Cici’s Pizza stated, “Cici’s prides itself on being a family-friendly restaurant. We recently made a large advertising buy on cable television that spanned several networks but did not target any particular program. When we learned one of our ads was placed adjacent to controversial programming, we took immediate action to stop it.”

Even Credit Karma and UPS bailed on TLC and the Duggars. A rep for UPS stated in a public announcement, “It was not our intention to advertise on the program. This specific program is [now] on our list of exclusions as well as any other potential Duggar programming.”

The list of disgruntled advertisers goes on and on. At this point, TLC will most likely start losing money on the Duggar’s new reality TV show very soon, and they will have no choice but to cancel ‘Counting On.’