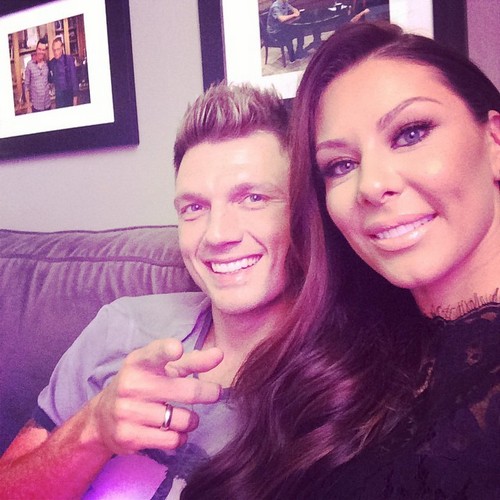 Backstreet Boy Nick Carter’s vacation in Key West is costing him hundreds of thousands of dollars. Talk about a high-roller! For those of you who don’t remember, Carter was arrested back in January 2016 for misdemeanor battery after he was accused of attacking a bouncer at a club during a booze-feuled disagreement. The bouncer also filed a lawsuit against the former boy band singer.

According to a new report from TMZ, the suit against Nick Carter was finally settled, but it is going to cost the new dad a pretty penny. The website is reporting, “Sources close to the case tell us the settlement fell in the 6-figure range … and Nick is the one paying the piper.”

As far as the actual charges, for the incident Nick Carter is being sentenced to 25 hours of community service.

Celebrities get drunk on vacation and act a fool every day, but Nick Carter’s case received quite a bit of media coverage because the singer had just competed on Dancing With The Stars and spent the entire season of the ABC dancing competition capitalizing on the fact that he had “turned over a new leaf” and had put his bad boy past behind him.

According to the bouncer that claims Nick attacked him and his lawyer, Nick Carter is just a “Backstreet Thug.”

Nick Carter on the other hand is still trying desperately to repair his image, and as part of his community service hours he is reportedly putting on a free concert in the Key West area where the drunken bar incident occurred.

We don’t condone Nick’s behavior, but in his defense, being attacked by drunk people is basically the job description for a bouncer. It’s safe to say that if Nick Carter had been anyone else, the bouncer probably never would have batted an eye at his aggressive behavior. What do you guys think? Share your thoughts in the comments below!