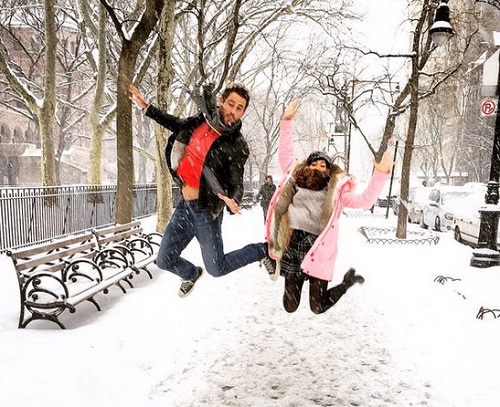 The Bachelor 2017 spoilers revealed that Nick Viall would be the Season 21 Bachelor on Tuesday August 30, and we are still reeling from the shock. Bachelor Nation was convinced that Luke Pell would be named Ben Higgins’ replacement. However, no one is as shocked as Nick Viall’s first Bachelorette ex-girlfriend, Andi Dorfman.

When Nick Viall was first introduced to Bachelor Nation, it was on Andi Dorfman’s season of The Bachelorette. Nick was portrayed as a villain on the season, and then Andi dumped in the season finale and rode off in to the sunset with winner Josh Murray. Ironically, Andi Dorfman found out the hard way that Josh Murray wasn’t the perfect guy after all, however she is too proud to ever admit she should have chosen Nick Viall instead.

It’s no secret that Andi Dorfman was determined to stay in the spotlight after her stint as The Bachelorette, and she was reportedly even trying to get her and Josh Murray their own reality TV show, similar to the one that Lauren Bushnell and Ben Higgins just landed. Sadly, Nick Viall didn’t fit her idea of the picture perfect magazine couple, so he got the boot.

Rumor has it that Andi Dorfman is a little upset about Nick Viall’s new gig as The Bachelor. And, there have already been talks between her and production about returning to reality TV for Season 21. It really doesn’t seem that far-fetched. Andi is trying to remain relevant, and Chris Harrison knows that having her return to date her ex on The Bachelor would be a ratings goldmine.

It’s safe to say after watching this season of Bachelor In Paradise that Andi Dorfman most likely regretted giving Josh Murray the final rose, and Nick Viall is certainly the “one that got away.”

What do you think Bachelor fans? Would you like to see Andi Dorfman return to the Bachelor and date Nick Viall again? Will she crash opening night like other alums have done and ask Nick for a chance to date him? Share your thoughts in the comments below and don’t forget to check CDL for all of your Bachelor 2017 spoilers and news!