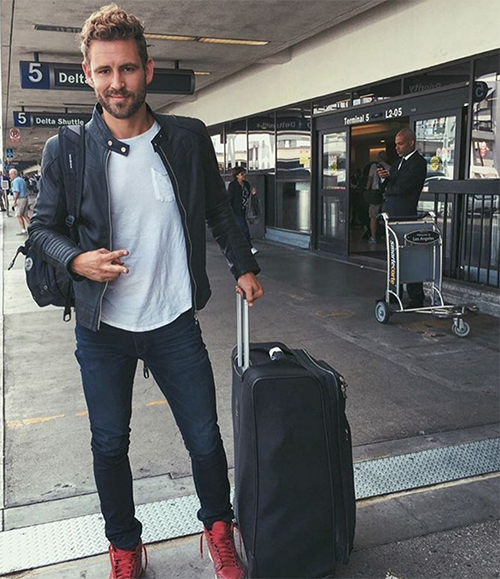 Nick Viall’s ‘The Bachelor’ season 21 is already making a name for itself as one of the most controversial installments in the series. While fans are split on the decision to cast Nick Viall as ‘The Bachelor’ for season 21, there’s new speculation that the reality television show veteran is only doing it for fame and fortune, and not for love.

Nick Viall has long been considered the villain of the series thanks to his questionable, if not shady, behavior on the show. He humiliated Andi Dorfman during ‘The Bachelorette’ back in 2014 when he admitted to sleeping with her in the fantasy suite before Josh Murray proposed to her during the show’s finale.

If that weren’t enough, he also put Kaitlyn Bristowe on the spot back in 2015 when he claimed she “broke the rules” by telling him that she loved him. And even though Nick Viall managed to redeem himself somewhat on ‘Bachelor in Paradise’ by showing a softer side to his personality, one thing is for certain: at this point, he’s definitely not looking for love.

In fact, Nick Viall even admitted that his season on ‘The Bachelor’ might be a major letdown for fans. According to Us Weekly, Nick Viall said he can’t guarantee that he’ll find love. He also added that he was picked at the very last minute to headline this season. With one foot in the door and the other foot out, it’s pretty clear that Nick Viall’s vanity makes him one of the least popular bachelor headliners in the show’s history.

Considering this is Nick Viall’s fourth attempt at finding reality television love and with all the potential love matches on the show, he could have found someone by now. It’s worked for other The Bachelor and The Bachelorette couples such as Trista and Ryan Sutter (season 1); Ashley Herbert and J.P. Rosenbaum (season 7); and Desiree Hartstock and Chris Siegfired (season 9). For someone claiming to be trying so hard in finding the right partner in life, Nick Viall is not only wasting his opportunities, but everyone’s time as well.

Then again, if there’s one person who Nick Viall is in love with, it’s himself. Nick Viall is using ‘The Bachelor’ to help promote himself as a celebrity and reality television star who is obsessed with fame and fortune. For Nick Viall to tell ‘The Bachelor’ fans that he can’t guarantee a winner for the final rose ceremony only indicates that he’ll be using this season’s contestants for his own selfish interests – the same way he’s done for the last three seasons he’s been on the series. Do you agree, CDL readers?