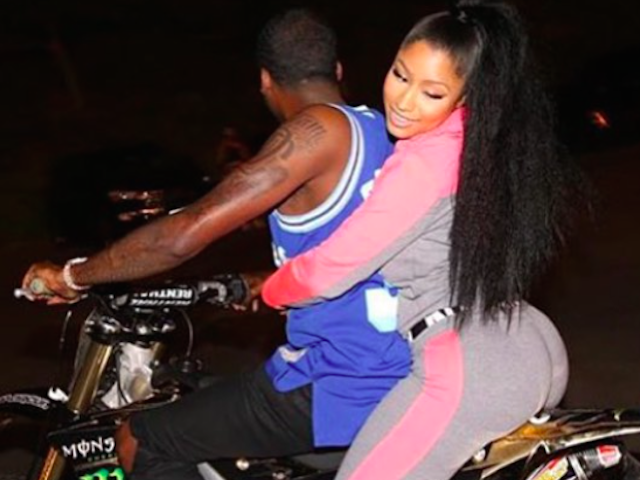 Nicki Minaj wants nothing to do with ‘The Real Housewives of New York’ or reality television for that matter. The rapper refused to be filmed with the cast of the show recently after producers were hoping to get her to appear in front of the cameras alongside Bethenny Frankel, Ramona Singer, and newcomer and socialite Tinsley Mortimer.

Reports indicate that Nicki Minaj and her boyfriend Meek Mill made a beeline for the exit when Bethenny, Ramona, and Tinsley were spotted at New York City hotspot Jue Lan Club. When Nick and Meek were spotted walking through the restaurant, producers were hoping they

According to Page Six, one eyewitness said that Nicki ran from the cameras for a private dining room upstairs. The insider dished, ‘They walked through the filming and Nicki was like, ‘Meek, keep walking. Get the f*ck out of here. Go upstairs.” 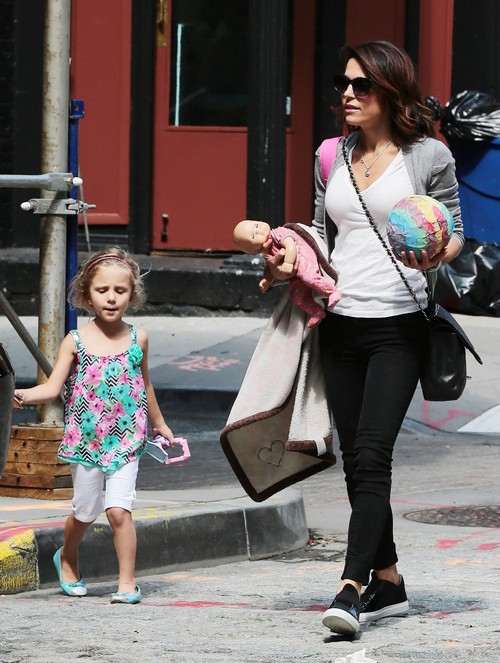 Sources say that Bethenny Frankel and the other ladies were absolutely shocked that Nicki dissed them in front of a room full of people at the Jue Lan Club. Producers were hoping that Nicki would help give the show a much needed boost in their ratings. After all, Bethenny Frankel, Ramona Singer and Tinsley Mortimer mingle with other celebrities all the time and were absolutely surprised to see someone like Nicki give them the cold shoulder.

Critics aren’t surprised that Nicki Minaj refused to be filmed with the ‘Real Housewives of New York’ cast. Even though Nicki is an outspoken celebrity, she simply doesn’t want that kind of publicity. Plus, she’s got plenty of her own drama that she has to deal with.

Of course, this isn’t the first time the ‘Real Housewives of New York’ ladies have gotten dissed in front of the cameras. Several months ago rapper Busta Rhymes gave producers a big fat no after they begged him to appear on the show.

So far, reps for Bethenny Frankel, Ramona Singer and Tinsley Mortimer have not made any comments over the embarrassing incident. Tell us, do you think Nicki Minaj refused to film with the ‘Real Housewives of New York’ cast because she doesn’t want to be associated with a reality television show? Are celebrities shunning reality television star because they don’t want to be a part of their drama?

Drop us a line with your thoughts in our comments section below. Also, check back with CDL for all the latest news on Nicki Minaj.

Ion wanna hype ya, but u a lucky n*gga if my mean ass like ya. – u know I wrote #Favorite about u right? – his coat by #Gucci – shades #ChristianDior dress #Versace shoes #GianvitoRossi