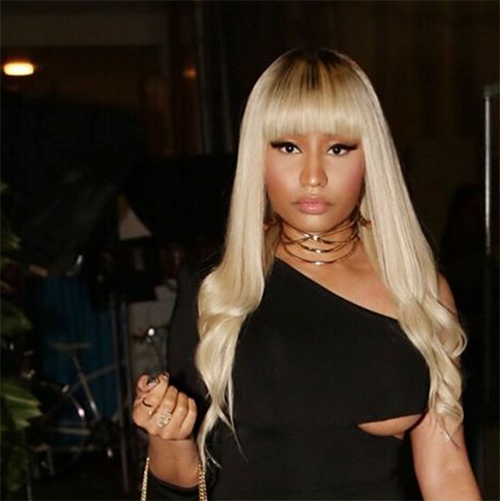 Is Nicki Minaj still dating Meek Mill? The Philly rapper is currently serving out his house arrest sentence – and it has become a huge mystery whether he and Nicki are even still dating, let alone whether or not they are getting married. In 2015, Nicki debuted what appeared to be more than one engagement ring during their string of break-ups and make-ups, so it’s really any one’s guess if the couple is still together.

Nicki Minaj recently appeared on Ellen DeGeneres’ daytime talk show to promote her new movie ‘Barbershop: The Next Cut.’ Of course, Ellen wasn’t about to let her get away with making an appearance and not talking about her tumultuous relationship with Meek Mill. And, Nicki and Meek have a pretty different opinion on engagement rings than most of us do.

As far as whether or not Nicki Minaj and Meek Mill are even still dating, Nicki was coy about their relationship status. It wasn’t that long ago that rumors were spreading like wildfire that she had dumped her boyfriend because she didn’t want to be tied down with him while he was on house arrest. Nicki dished to Ellen DeGeneres, “We’re still figuring each other out.”

What does that even mean? We’d think after dating for over a year they would have figured something out by now. What do you guys think, will Nicki and Meek ever get married? Or are they more likely to break up again first? Share your thoughts and theories in the comment section below!