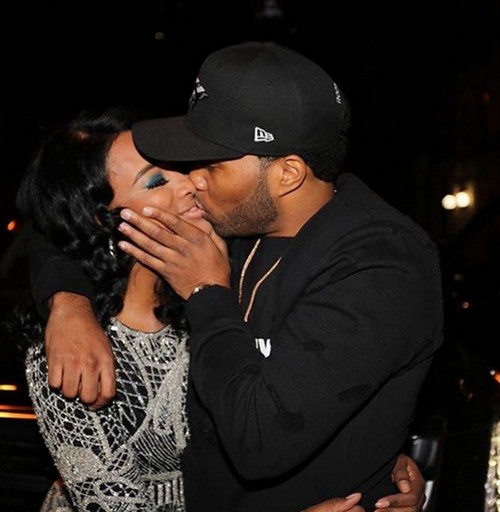 Nicki Minaj will be there for ‘Love & Hip Hop’ star Yandy Smith as Mendeecees Harris serves his 8 year prison sentence on drug trafficking charges. ‘L&HH’ fans were deeply saddened watching Mendeecees and his family together for what will be a very long time on the second part of the reality television show’s sixth season.

Nicki posted a pic on Instagram recently to show her support for Mendeecees, Yandy and their two young children.

In the photo Nicki posted Yandy and Mendeecees are sharing a tender kiss. Minaj wrote, ““It always melts my heart when a man recognizes & appreciates the Queen he has by his side for holding him down when he needed it the most & being ready to weather any storm that may come their way like a G! Wishing the very best for your family, Yan.”

Mona Scott Young, CEO of Monami Entertainment and creator of ‘Love & Hip Hop’ knows Nicki Minaj through business. That is how Nicki came to know Yandy and Mendeecees.

Mendeecees Harris and Yandy Smith married in May 2015. The couple has two children, three-and-a-half-year –old son Omere and one-year-old daughter Skylar. Smith and Harris have been together for nearly a decade.

As part of Mendeecees plea deal he was ordered to turn over all of his earnings from the ‘Love & Hip Hop’ and monies earned from paid appearances. Losing this income may put Yandy in a tough spot financially for a little while.

The incarcerated ‘Love & Hip Hop’ star taped a message for Yandy which was shown at the end of part two of the ‘Love & Hip Hop’ season six reunion. Mendeecees had this to say, “I can’t wait to one day to be able to hold you and kiss you and show you my appreciation and how much I love you … I’ll see you soon.”

Hopefully Yandy’s ‘Love & Hip Hop’ co-stars there to help Smith through the next eight years that Mendeecees Harris is in prison. It certainly seems as if Yandy Smith can turn to Nicki Minaj whenever she needs a friend.

It always melts my heart when a man recognizes & appreciates the Queen he has by his side for holding him down when he needed it the most & being ready to weather any storm that may come their way like a G! Wishing the very best for your family, Yan. ❤️