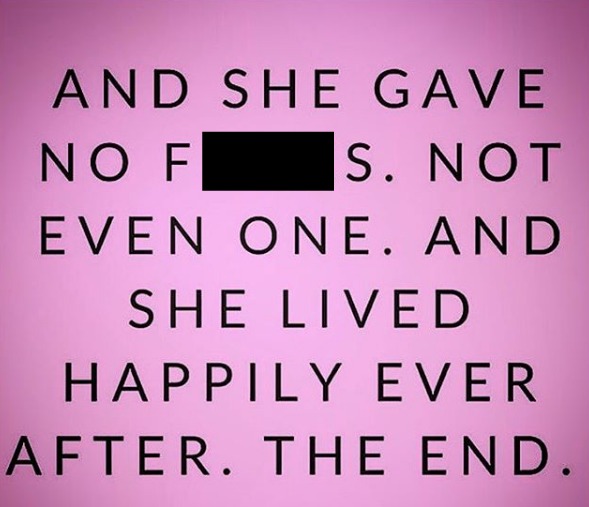 Nina Dobrev is apparently sending a clear message about The Vampire Diaries return to her critics and that she’s not willing to give in to pressure and reprise her role as Elena Gilbert in the upcoming and final season of TVD.

In fact, Nina Dobrev apparently has no remorse about it either, as she’s taken to her social media account to tell her fans and critics what she really think about all of media speculation about her supposed return to the show.

In what many are calling a cryptic message, Nina Dobrev shared a post on Instagram that said, “And she gave no f***s. Not even one. And she lives happily ever after. The End.” In other words, Nina is done with all of the gossip and criticism and is doing what she thinks is best for her career regardless of what others might think or say.

Nina Dobrev doesn’t want to return to ‘The Vampire Diaries’ because she knows it would be feel as though she’s taking two steps back in her career after all the hard work she’s put in to make a name for herself in the business.

Nina wants to do what her ex-boyfriend Ian Somerhalder has failed to do so far, and that’s make her big break as a Hollywood movie star. Nina knows that because her fan base are already familiar with her role as Elena Gilbert in ‘The Vampire Diaries,’ she would have a difficult time finding success in another television series and that’s why she wants to do movies instead.

She wants to prove to everyone in the industry, including her ex Ian Somerhalder that she’s got her entire career and future ahead of her and doesn’t want to make any missteps.

Tell us CDL readers, what do you think? Is Nina Dobrev’s Instagram post another cryptic message that she’s not willing to return to ‘The Vampire Diaries?’ Is it also a slap in the face to her former co-stars Ian Somerhalder and Paul Wesley?

Is Nina disappointing her fans by not reprising her role as Elena Gilbert? Let us know what you think by dropping us a line in our comments section below and of course, don’t forget to check back with CDL for all the latest news and updates on The Vampire Diaries right here.