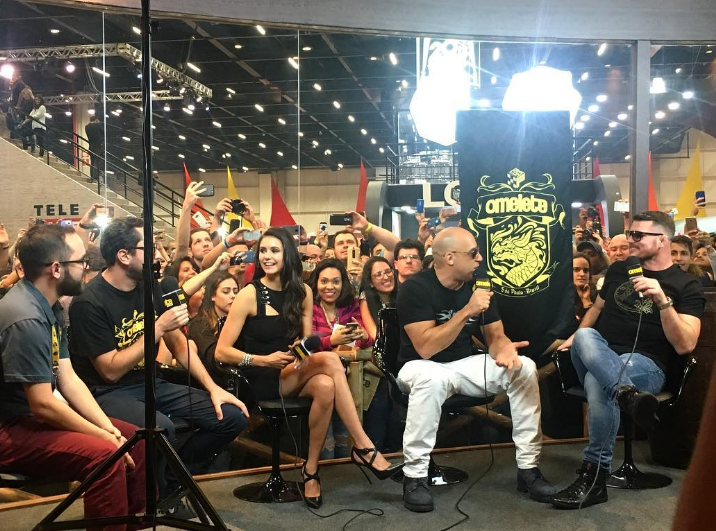 Instead of looking back and reprising her old role as Elena Gilbert on the supernatural drama series ‘The Vampire Diaries,’ Nina is looking forward to bigger and better projects ahead. In fact, Nina said that her dream role would be playing ‘Wonder Woman,’ but because Gal Gadot already has the role, she’s setting her sights on ‘Catwoman.’

Unfortunately, it doesn’t look like Nina has a chance to play Catwoman anytime soon. Reports indicate that the character isn’t in the script for Ben Affleck’s upcoming ‘Batman’ film and that filmmakers have no plans on making another Catwoman movie. Although sources say that Nina will do whatever it takes to make the film happen, especially since she’s so desperate to play the lead role.

Yet, many critics think Nina Dobrev might not be the right actress for the role. Sources say she’s either too young or too inexperienced to headline her own movie and that the role should go to someone like Sienna Miller instead. In fact, it was Sienna who first said she would love to play the iconic role in Ben Affleck’s Batman film.

Sienna was hoping to convince the movie’s writers to add Catwoman into the script, but it simply didn’t happen. That’s why fans are surprised to hear that Nina Dobrev is making a push to play the role as well.
At this point, Nina Dobrev has made it clear that she wants to transition from the small screen to the big screen.

That’s why she’s given up on ‘The Vampire Diaries.’ Even though her role as Elena Gilbert helped make Nina the household name she is today, she wants to move on. Instead, she wants to do whatever it takes to become a Hollywood star.

Do you think Nina Dobrev has a chance at becoming the next ‘Catwoman?’ Or do you think the role should go to someone else like Sienna Miller? Let us know what you think in our comments section below. Also, check back with CDL for all the latest news on Nina Dobrev.