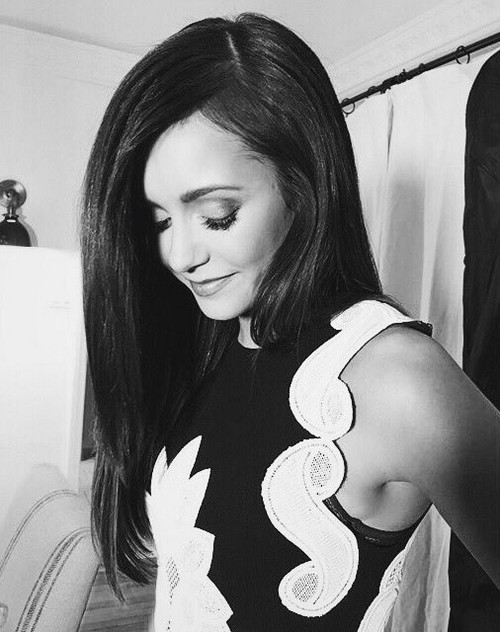 Ian has quite a bit of history with Nina and it all began on the set of The Vampire Diaries. So it only makes sense that she relates the show with her negative feelings towards Ian Somerhalder.

A family friend spoke on the situation, “Nina has tried to stay strong watching Ian and Nikki flaunt their relationship in her face, then witnessed them rush to the altar. And now she’s at the point of regretting her time on The Vampire Diaries completely. Nina knows that if she had never done the show, she wouldn’t have fallen in love with Ian in the first place.”

The friend continued, “If the producers asked her to come back to the show, Nina would laugh at them.”

Who knew that Nina Dobrev felt so strongly about Ian Somerhalder and Nikki Reed? These deep seeded emotions explain the post that Nina shared on her Twitter January 19. The caption in the post stated, ‘It’s okay to be a glow stick. Sometimes we need to break before we shine.’

Is Nina Dobrev referencing the “break” from Ian Somerhalder destroying her heart with Nikki Reed as his accomplice?

Are you wondering where Austin Stowell is in all of this? Nina Dobrev’s current love interest hasn’t been seen with her much lately… what gives? Don’t worry, the Bridge of Spies star has been swamped with filming for several projects.

With three films slated to release in 2016 and one already in post-production for 2017, Austin Stowell has been a busy guy. Will he be able to make enough time for Nina Dobrev though? Hopefully he will be able to pick up on what she’s going through and help pick up the pieces….or could his absence be the beginning of the end for Nina and Austin?

What do you CDL readers think? Is Nina Dobrev better off with Austin Stowell? Or were you secretly wishing that Ian Somerhalder would dump Nikki Reed and go back to Nina Dobrev? Sound off in the comments below then check back with us here at CDL for the latest celebrity news!