BY Amanda Austin on September 25, 2016 | Comments: one comment
Related : Once Upon A Time, Recap, Television, TV 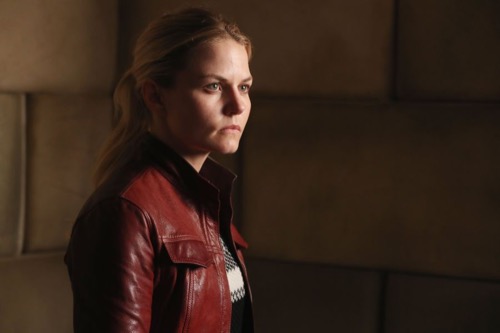 Tonight on ABC their popular fantasy drama Once Upon A Time returns for an all-new Sunday, September 25, 2016, sixth season premiere and we have your Once Upon A Time recap below. On tonight’s OUAT season 6 premiere, the heroes plot to halt Hyde, (Sam Witwer) and Emma (Jennifer Morrison) develops a curious side effect.

Did you watch last season’s OUAM finale where new villains were introduced for season 6?  If you missed it we have a full and detailed Once Upon a Time recap, right here of it!

On tonight’s Once Upon A Time season 6 premiere as per the ABC synopsis, “In the season premiere episode, “The Savior,” as our heroes set out to stop Hyde, (Sam Witwer) Emma (Jennifer Morrison) develops a mysterious side effect, and Storybrooke becomes a haven for refugees from the Land of Untold Stories. Meanwhile, Regina (Lana Parrilla) and Zelena (Rebecca Mader) embrace their newfound sisterhood by becoming roommates, while Rumple (Robert Carlyle) tries to free Belle (Emilie de Ravin) from the sleeping Curse with the help of a stranger.”

Tonight’s Season 6 premiere of Once Upon A Time kicks off with a flashback to many, many years ago. Jafar is flying through the desert on his magic carpet, and shooting at someone on horseback. His victim runs in to a house and begs “The Savior” for help. He cries that his village is in grave danger. Jafar follows him in to the house and turns him in to a pile of ashes with his staff.

Jafar turns his attention to “The Savior,” who is actually Aladdin. Jafar taunts Aladdin and reminds him of when he was just a common thief, then he became a hero, and Aladdin fell apart because he has nothing left to give. Jafar scoffs that Aladdin is never getting a happily ever after, and then he slinks out of the house.

Present time – Emma and Hook are making out in the livingroom, the furniture begins shaking and they run outside to see what is going on. It’s not an earthquake, it’s a huge ship flying over Storybrooke. The residents follow the ship to a field where it is preparing to land…it’s the ship from the “Land OF Untold Stories,” and it seems to be something Hyde is responsible for.

They head into the forest to investigate the ship, but the wreckage is empty. Whoever was in the ship ran as soon as it crash landed and are deep in to the forest. Something strange is up with Emma. While they are shifting through the wreckage, her hands won’t stop trembling. She tries to hide them from Hook and Snow.

Meanwhile, Hyde is up to no good. He has Rumpelstiltskin doing his dirty work and has sent him to the Temple Of Morpheus to wake the Evil Queen.

Snow finds Regina at the cemetery, she is resealing her tomb to make sure that Hyde cant get a hold of her evil other half.

Regina and Emma have a plan to get rid of Hyde. They take Jekyll to the Town Hall, and try to bribe him to leave Storybrooke. Emma is supposed to shoot him with a flare, but her hand begins trembling again. Hyde nearly kills Regina before Emma finally gets a hold of her trembling hand and takes him down. As they are taking Hyde away to lock him up, he reveals to Emma that he knows all about her tremors, and he knows what is happening to her and why.

Jiminy Cricket pays Emma a visit – her parents are worried about her. She has been through a lot, and she is starting to put her walls back up.

Emma takes Cricket’s words to heart. She decides to pay Hyde a visit in jail to see what is going on with her and if he really has any info that can help her. Hyde doesn’t seem too willing to help. He gives Emma a cryptic message about following “the red bird.”

Regina heads home. Her sister is staying with her – and they are already fighting tooth and nail. Regina is upset because her sister was supposed to bring her something from Robin, but she misplaced the small gift. Regina and her sister’s tensions finally meet a boiling point. Regina’s sister is apparently furious that her sister got rid of her evil side without even consulting her.

Snow White and Charming are still scouring the woods searching for the people that came in on the ship. It’s nighfall – and impossible to see. Snow White manages to coax them out of the woods and tells them to meet them at Grannie’s for dinner. Emma and hook are preparing to head home, and he notices her hand is shaking. She says she just needs some time along and tells Hook she will meet him back in town.

After Hook is gone, Emma stumbles upon a red bird, just like Hyde said she would. Emma chases the bird through the forest and it leads her to a young girl. The girl knows all about Emma’s tremors, and the visions in her head. She reveals that the things Emma has been seeing are her own future.

Henry returns home and finds Regina upset. She is still mourning Robin. Henry manages to cheer her up and gives her a pep-talk He reminds Regina that she can’t let Hyde get under her skin.
Meanwhile, Rumpelstiltskin’s trip to Morpheus’ tomb has taken a strange turn. They travel to Belle’s dream world Rump is desperate to wake up his lost love. It turns out that Morpheus is actually their son from the future. He uses his kiss to wake up Belle. Belle agrees to return home and wake up, but she tells Rumpel that they are done.

Emma learns that the little girl in the woods with the red bird is her oracle. The girl reveals the vision Emma keeps having of a battle between herself and someone in a black cloak with a sword is how she will die in the future. Whoever the mysterious cloaked figure is, he or she will kill Emma soon. The young girl refers to Emma as “The Savior” and then she disappears.

Emma storms back to the prison to confront Hyde. She says that whether or not he helps her, she is going to defeat the person that kills her in battle. Hyde says that the killer might already be among them, or someone that she has known for years.

Emma puts on a fake smile and meets Hook at the bar for drinks. She reassures him that everything is fine and her hand was just trembling from stress.

Tonight’s episode of OUAT ends with Regina’s sister returning home with the baby. She is shocked to see the Evil Queen sitting in her kitchen waiting for her.