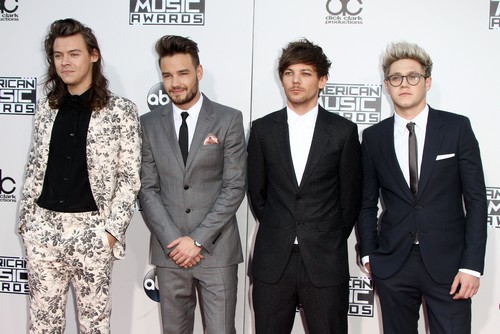 One Direction has called it quits! The boys of 1D have broken up permanently. Have Harry Styles, Niall Horan, Louis Tomlinson and Liam Payne split forever? Has each guy decided to make a go at a solo career? Or did Kendall Jenner and Selena Gomez cause a rift that can’t be fixed?

Five months ago the 1D chose to take a short vacation of sorts. Just a little time away from each other, the studio and the non-stop touring. According to an Us insider the break is now a breakup. One Direction is no more. And this leaves fans wondering – what happened?

Back in November 2015 the entertainment industry started buzzing that One Direction wasn’t getting back together – that the five month hiatus was permanent. In an interview Niall assured fans this was not the case. What it came down to was each member just needed some time off to see family, friend and “reflect what we’ve done over the last few years.”

It appears the reflecting included discussions about the future of One Direction. This period of seeing family members and friends also included Harry on a romantic Caribbean vacation with Kendall Jenner at the start of the New Year. Niall seemed busy seeing a whole lotta Selena Gomez. Have Harry and Niall put their love lives ahead of music?

An insider divulged after finishing up their world tour in October 2015 the guys “decided not to renew their recording contract. The 1D thing just ran its course. They’ll remain friends, but they are exhausted and want solo careers.”

There you have it – do Liam Payne, Louis Tomlinson, Niall Horan and Harry Styles want solo careers? Has 1D gone back on their promise to fans that the band would be back after a short breather? Is it possible that Kendall Jenner and Selena Gomez played a part in the guys’ decision to cut ties?

The next question is this – can Niall Horan, Liam Payne, Louis Tomlinson and Harry Styles have solo careers as big as One Direction? Or is the foursome making a terrible mistake?

One Direction by FameFlynet