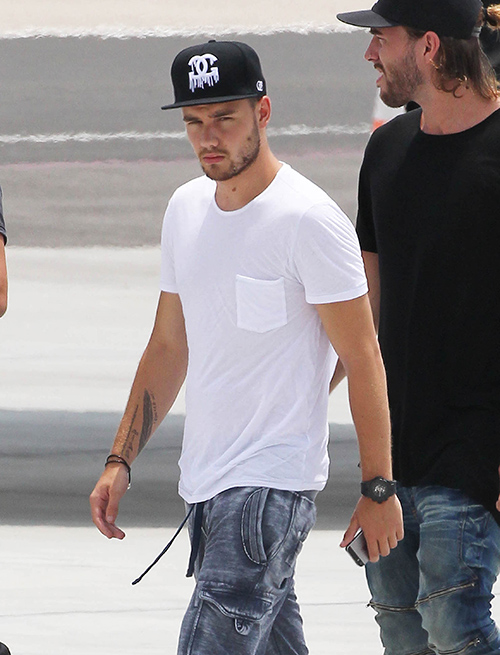 Thousands of fans were disappointed Tuesday night after One Direction canceled their Belfast concert with little warning. Illness was given as the reason for the short notice cancellation, but Liam Payne’s “complete meltdown” is said to be the real reason One Direction canceled their concert. After a string of incidents and a confirmed upcoming hiatus – fans are wondering if 1D is breaking up for good.

One Direction is slowly cracking, and Liam Payne is one of the first to let the pressure break him down after Zayn Malik was the first 1D member to quit in favor of a solo career. Fears that Niall Horan, Harry Styles, and Louis Tomlinson will disband have gotten to Liam. An insider revealed to The Sun that Liam had a panic attack that made it impossible for him to perform. “He was devastated about letting everyone down, especially the fans, but he wasn’t physically able to get on stage,” the source revealed. “He had a complete meltdown.”

The following night, Payne made it to the stage and made a public apology via Twitter declaring, “I’m so sorry to everybody I disappointed last night. I’m feeling better now. I really hope everyone can make the rescheduled date on Friday.” Liam continued, saying, “Thank you so much for all the trends and lovely messages you guys did for me it really shows how amazing u guys actually are. As I said I’m feeling much better now and I really can’t wait to perform and make it up to everyone later.”

Is Liam’s meltdown a sign the boy band is beyond repair? Many fans worry that their upcoming break will ultimately lead to a complete break up. One Direction is finishing up their U.K. tour and according to more pessimistic fans, it could be their last. 1D announced they were taking a break in 2016, calling it an “extended hiatus” beginning in March of 2016.

What do you think One Direction fans? Will Niall Horan, Harry Styles, Louis Tomlinson, and Liam Payne break up to try their hand at solo careers? It seems to be the reoccurring trend with boy bands. Let us know your thoughts in the comment section below.