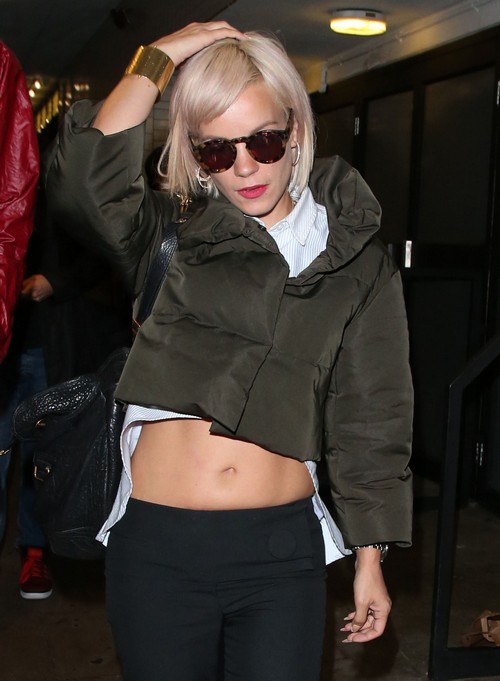 Want to see naked pictures of former One Direction singer Zayn Malik? Well, 30 year old Lily Allen apparently has a cell phone full of them. The English singer and songwriter has reportedly been receiving some X-rated text messages and nude pictures from Zayn Malik, and telling her friends all about them! Zayn Malik has barely been single for a month after his messy break-up from fiancée Perrie Edwards – but he is wasting no time getting back up in the saddle.

According to a new report from British tabloid The Sun, Zayn has his eyes on the singer – and is determined to win her over. Always the romantic one, Malik thinks that sending her pictures of his junk will do the trick. An inside source closed to Allen dished to The Sun, “Zayn fancies Lily and has made that very clear. He has even sent her X-rated pics and raunchy texts which Lily has told quite a few people in her close circle about. She’s flattered.”

So romantic! Zayn Malik is turning out to be quite the pimp, Lily Allen is just one of about half a dozen celebs that the former One Direction singer has been linked to romantically since his break-up from Little Mix singer Perrie Edwards. There was Zendaya, Selena Gomez, Rita Ora, and he even was reportedly trying to steal Kylie Jenner from her rapping boyfriend Tyga. At this point I think we can all agree that Perrie Edwards dodged a bullet by not marrying the One Direction Casanova.

Ironically, Zayn Malik was spotted out on a date just last week with Rita Ora, we are all dying to know hw she feels about her rumored boyfriend texting nudes to Lily Allen. Is he cheating on Rita? Let us know what you think in the comments below!