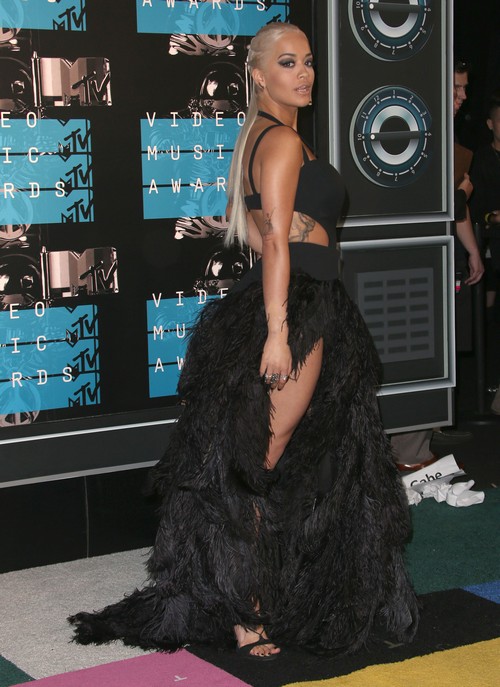 Former One Direction singer Zayn Malik is dating Rita Ora, according to a new report. Zayn has been single and eager to mingle with a slew of pretty ladies since his break-up with his fiancée Perrie Edwards (of the band Little Mix) last month. Zayn has already been linked to Selena Gomez, Zendaya, and even Kylie Jenner – who has a boyfriend! According to a new report from E! Online, Zayn went out on a date with Rita Ora on Wednesday September 10 – and the couple left the restaurant and drove off together!

E! Online is reporting that both Zayn Malik and Rita Ora arrived at Koi Restaurant in West Hollywood around 9:00 PM in separate vehicles, but then they left the restaurant together. The website reveals, “A man who appeared to be a restaurant manager was spotted escorting both singers out of the venue to one of the SUVs. Ora got in the right back passenger’s side, smiling, while Malik, who looked more serious, entered from the opposite side and sat next to her in the left back passenger’s side. The vehicle then drove off towards nearby Beverly Hills.”

Rita Ora hasn’t been involved in any serious relationships since her messy break-up with DJ Calvin Harris – and Zayn Malik has been on the prowl since his break-up from Perrie Edwards. According to Daily Mail, both Zayn and Rita are repped by the same management company, and recently met each other at an industry party and hit it off. Neither singer is commenting on their relationship – but it is pretty clear that they are more than “just friends.”

Do you think that Rita Ora and Zayn Malik are a cute couple? Could they be the next power couple, or will they stop dating just as quickly as they started? Let us know what you think in the comments below!