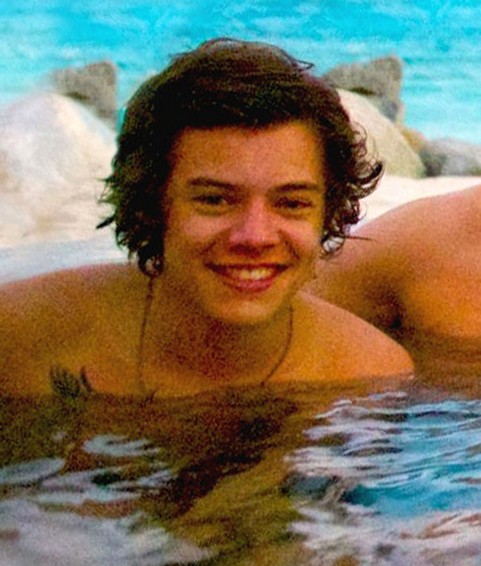 Will Harry Styles quit One Direction following Zayn Malik’s shock departure announcement? Harry Styles is the biggest star in the band and a solo music career including acting in movies could be on the cards for the stud. One Direction fan’s eyeballs exploded into a tidal wave of tears yesterday. Zayn Malik quit One Direction after being too stressed out by making millions of dollars performing pop hits that make tween girls scream with joy and empty their wallets. Zayn Malik wrote this official I QUIT statement:

“My life with One Direction has been more than I could ever have imagined. But, after five years, I feel like it is now the right time for me to leave the band. I’d like to apologise to the fans if I’ve let anyone down, but I have to do what feels right in my heart. I am leaving because I want to be a normal 22-year-old who is able to relax and have some private time out of the spotlight. I know I have four friends for life in Louis, Liam, Harry and Niall. I know they will continue to be the best band in the world.”

Niall Horan, Liam Payne, Harry Styles, and Louis Tomlinson will continue the One Direction as a four-piece band and released a statement after Zayn quit assuring fans they would go without the engaged about pouty one…

“We’re really sad to see Zayn go, but we totally respect his decision and send him all our love for the future. The past five years have been beyond amazing, we’ve gone through so much together, so we will always be friends. The four of us will now continue. We’re looking forward to recording the new album and seeing all the fans on the next stage of the world tour.”

However, that may not be true. According to E! Online, Harry Styles will quit One Direction next to explore an acting career. With signs of One Direction breaking up completely, the media outlet’s source claims, “Harry has told his friends that the wants to get into acting. He loves Los Angeles.” Styles is a natural movie star and would have no problem establishing a film career.

Does this mean Styles will pack up his man-bun and quit One Direction following Zayn Malik’s departure?

Not any time soon. The band is currently on tour, and is set to crank out a fifth album. However, Harry has been eyeing a solo career and wants to break into Hollywood as an actor. Styles has been slowly trying to set up his own future plans and “has distanced himself from the rest of the band over the last year. He considers himself to be on a different path to the other boys,” the source claims. “He certainly has hopes of doing solo stuff, branching out on his own, and so this might be the natural juncture in which to do that.”

Contradicting reports allege that Harry Styles is the rock of One Direction. He’s the “heart” of the band according to Hollywood Life. When one of his bandmates is struggling, Harry is always there to try and see them through it.

Evidence from their first concert without Zayn seems to prove Harry loves his One Direction. After taking the stage in Indonesia’s capital, Jakarta, Styles reportedly cried. The crowd was chanting Zayn’s name and the overwhelming support of his fans brought Harry to tears. At one point the BBC claims Liam Payne tried to comfort Styles as he held his head in his hand, wiping away tears.

Will One Direction ultimately break up over Zayn Malki quitting? Does Harry have his eye on a solo career? What do you think CLD fans?