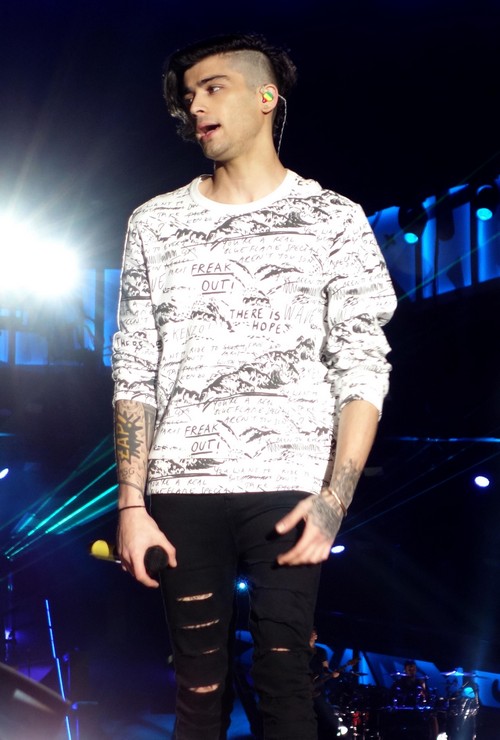 Stop the presses, Zayn Malik has quit One Direction! Six days after Zayn left One Direction’s Asian tour, he has announced on the band’s Facebook page that he will be leaving One Direction forever.

Zayn’s full statement reads, “After five incredible years Zayn Malik has decided to leave One Direction. Niall, Harry, Liam and Louis will continue as a four-piece and look forward to the forthcoming concerts of their world tour and recording their fifth album, due to be released later this year. My life with One Direction has been more than I could ever have imagined. But, after five years, I feel like it is now the right time for me to leave the band. I’d like to apologize to the fans if I’ve let anyone down, but I have to do what feels right in my heart. I am leaving because I want to be a normal 22-year-old who is able to relax and have some private time out of the spotlight. I know I have four friends for life in Louis, Liam, Harry and Niall. I know they will continue to be the best band in the world.”

See, if he’s telling the truth, his reasons are valid. He is only 22-years-old and he’s more famous than he probably ever thought possible, with more money than he probably ever thought possible. And if he’s not as passionate about pursuing a career in music as the rest of the team, then it makes no sense for him to stay on. Heck, even if he is passionate, he still has his entire life to change his mind, and experiment with what he really wants to do.

However, this is the official statement, so there’s obviously more going on behind-the-scenes, as there ALWAYS is. For one thing, we’ve heard that Zayn Malik might have been dealing with substance abuse issues over the past few months, and that’s one of the reasons he always seems to have ‘health issues’. And for another, there is supposedly some internal in-fighting going on between the group, even though nobody addresses it in their statements.

Obviously, Zayn having quit One Direction will change the dynamic of the group permanently, and the band’s popularity might be affected as a result. However, it’s better that Zayn leave this way than to wait until the hostility and tension continue to build and build, right?