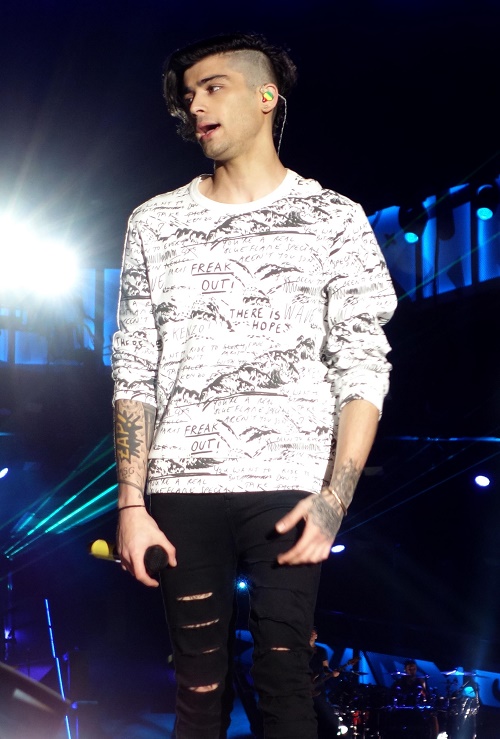 The boy band One Direction is down a boy: fan favorite Zayn Malik has reportedly quit the band, left the tour, and is now headed home to the UK. News broke that Zayn had quit the band on Wednesday, March 18th. One Direction addressed the rumors and a rep for the band issued this official statement to the press, “Zayn has been signed off with stress and is flying back to the UK to recuperate. The band wish him well and will continue with their performances in Manila and Jakarta.”

Although the message from One Direction’s rep cited Zayn’s quitting as stress, this is not the first time that Malik has been rumored to have drug or alcohol problems. Word on the internet is that Zayn headed back to the UK to check himself into rehab – and that is why he abandoned One Direction in the middle of their tour. Ironically, this is not the first time that Zayn has been rumored to be going to rehab either. Zayn also missed an interview on Good Morning America, and Matt Lauer stirred up controversy then by asking if the boy band member had been checked into rehab.

It’s not a secret that the boys of One Direction like to party like rockstars – honestly, it’s shocking that they haven’t fallen victim to the boy band curse sooner than this and broken up or lost any members to rehab yet. Just hours before news broke that Zayn Malik was headed home and leaving One Direction a man down on their tour in Asia, he was embroiled in a cheating scandal when photos of him holding hands with a girl who was not his girlfriend Perrie Edwards were leaked on the internet. The cheating scandal could have really attributed to Zayn’s “stress,” or he could have blamed it on his partying and checking into rehab was the action he had to take to save his relationship with Perrie.

While the speculation continues to swirl around the internet, we are all left guessing as to what really happened. If Zayn Malik did check in to rehab, he, his bandmates, or his girlfriend Perrie will never admit it. So, One Directioners, do you think that Zayn Malik will be back – or is he officially done with the band? What do you think about Zayn Malik & rehab? Let us know what you think in the comments below!