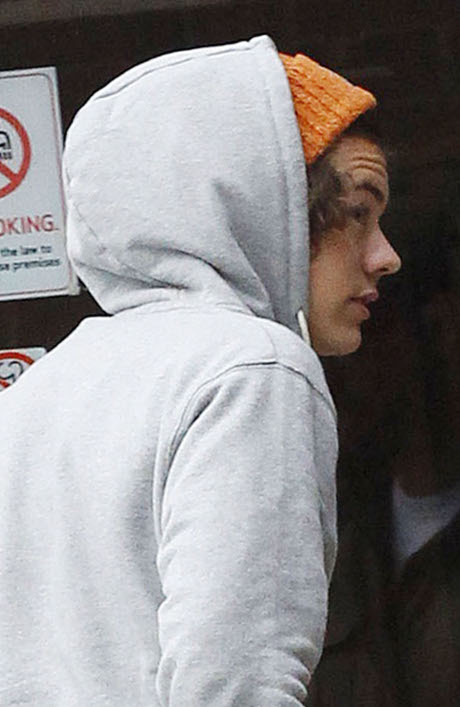 Many people think One Direction bandmates Harry Styles, Zayn Malik, Niall Horan, Liam Payne, and Louis Tomlinson are composed of flawless rainbows, chipmunk cheeks, and total innocence. Well, that couldn’t be farther from the truth, and some fans out their have even started viewing one of the bandmates as a bit of a villain. After all of our One Direction coverage over the past weeks, I think you might be able to figure out for yourself which one of the mates has begun filling this villainistic role.

Apparently, Harry Styles has been nominated for Villain of the Year award by NME Magazine. He’s nominated alongside a rather awkward list of celebs, including  David Cameron, Psy, Azealia Banks, Skrillex and Spector‘s Fred Macpherson. While I think there are many other celebs out there who are considered more villainous that poor lil’ Harry Styles, I think it is hilarious nonetheless.

He might not be a villain in many people’s eyes, but in some circles he’s definitely being perceived as such. Taylor Swift fans unite! After that nasty split with Taylor Swift, her fans have undoubtedly reacted and lashed out against this lil’ Brit. While Taylor Swift can do no wrong in the eyes of fans, Harry Styles is another story. He’s also been accused of sleeping around, and he also supposedly cheated on Taylor while they were in a relationship together. Honestly though . . . I think he’s just being a teenager. Do I think it warrants a Villain of the Year award. Not really. And I feel kind of bad for the band, who is also nominated in the Worst Band of the Year award — alongside Justin Bieber.

Justin Bieber deserves to be there simply for his insistence on wearing those ridiculous drop crotch pants.

The 1Ders have definitely reacted to their nominations. “WTF is this awards night???” tweeted one. Another bandmate tweeted: ‘Harry styles was nominated for villain of the year and 1D was nominated for worst band at NME? WTF what is wrong with this magazine !!’

Do you think they have a right to be angered? Do you agree with the nomination . . . . Is Harry Styles a villain? More One Direction news here.