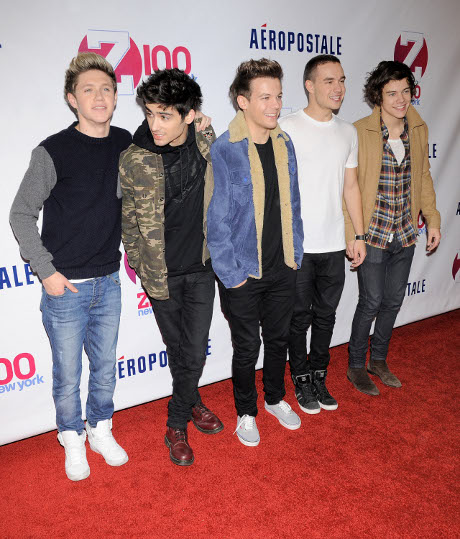 So who’s the best lover? I suppose you’re all quite curious, aren’t you? Especially given the fact that many reading this would like to  know which bandmate they might have the best shot with — and who would give them the most in return. Because if you’re going to invest yourself in something, you wanna make sure it’s worth your time, right?

It’s hard to determine who the best lover is because they all have tendencies of douchebaggery, but if you just look past those inherent boybander qualities for a split second, you might be able to find your ideal 1D lover.

Harry Styles is a bag of crazysauce and a total playa. He and Taylor swift decided to create a very public display of romance/hookups/park walks, and ultimately ended it after all went South. The direction Taylor Swift’s relationships usually end up traveling. Now there’s talk of the couple reuniting sometime soon, once their schedules clear up and allow for such a meeting. Wow, can you say, WISHY WASHY? Make up your mind people. I guess if you want a guy-who-sometimes-cheats-and-doesn’t-quite-know-what-the-hell-he-wants then Harry might be your new Potential. Oh, and he also has four nipples. That’s a real thing.

Niall Horan is afraid of pigeons, probably sleeps with the light on, and I wouldn’t doubt that he travels with a teddy bear he’s named Cuddles. If you dated Niall, you’d need to keep him safe from monsters.

Zayn’s that dark-haired one who seems to be the shyest of the bunch. He once mentioned the fact that he was having a challenging time getting accustomed to fame, so I’d venture so far as to guess that he wouldn’t totally love having his love affairs aired out in the public. Harry liked having his dirty laundry aired out to dry. A lot. As does Taylor Swift.

Liam Payne and Louis Tomlinson are the best buds of the group and, from what I’ve gathered, the troublemakers. They are those annoying kids in class that always want to say the funniest things or make sure their voices are the loudest. These two 1Ders are always playing pranks, and they aren’t shy about shouting out flirtacious comments on the street.

So, it’s your call now, folks. Who would be your ideal 1D lover? Who do you think would be the best? All of them seem pretty open to steamy situations of romance, as most of them definitely aren’t shy about their sexual rompings. Let us know your thoughts in the comments section below and what you want to chat about in the next segment!