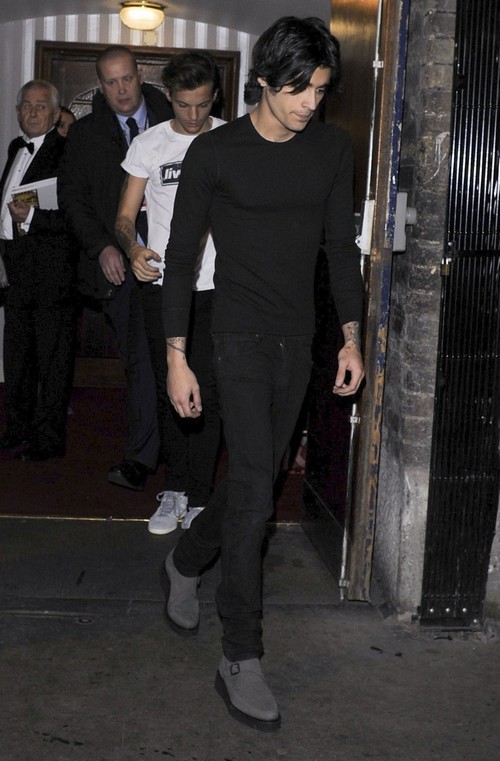 Zayn Malik of One Direction was the subject of drug abuse problem questions by Matt Lauer after he missed a Today Show appearance with an alleged stomach bug. One Direction band members, Louis Tomlinson, Niall Horan, Zayn Malik, Harry Styles and Liam Payne try  to keep their public images pristine, especially in regards to drugs. Sure, they have some gay rumors floating around, Harry Styles dates women his mother’s age, and the boys are often in the media due to relationship troubles. But by and large, Zayn Malik, Harry Styles, Liam Payne, Louis Tomlinson, and Niall Horan stay out of the negative spotlight  – until now.

The Today Show’s Matt Lauer interviewed most of the One Direction boys yesterday, and he shocked audiences when he asked about whether Zayn Malik’s absence from the interview was due to drugs. Apparently, the Today Show got a major tip-off that Zayn was having issues due to drug abuse, and Matt Lauer went ahead and asked the boys about it. However, Zayn Malik is now freaking out about said accusation, even though he was tellingly absent during the interview.

Matt Lauer’s exact quote was, “There’s obviously a lot of concern, a lot of fans have been tweeting overnight. Is it something more serious ? There have been rumors of substance abuse. What’s going on?”

Zayn’s official explanation was a tummy bug, but both his band mates and their fans were extremely angry at the Today Show’s line of questioning. I guess they have to do SOMETHING to keep up with Good Morning America, right? Discussing Zayn Malik’s possible drug abuse problems is a sure fire way to bring in ratings, even if their sources weren’t accurate.

Considering that One Direction’s fan base is still a rabid coalition of teenage girls across the world, I expect the Today Show anchors to be inundated by hate mail for the foreseeable future. But honestly, Zayn Malik having drug abuse issues wouldn’t shock me – he’s a teen pop star, and as we’ve seen from history repeating itself, teen pop stars are often driven astray with temptation. Besides, the truth always comes out so whatever issues anyone might be having will assuredly be exposed.