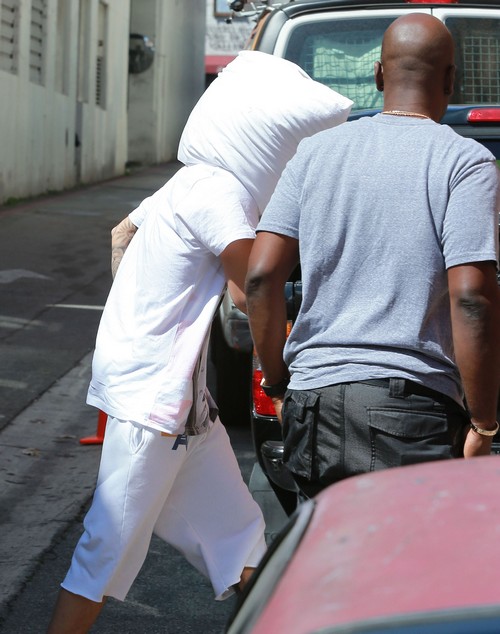 One Direction is breaking up, Zayn Malik is quit the band, and they are embroiled in multiple cheating and drug scandals – and Justin Bieber is loving every minute of it. It’s no secret that Justin Bieber and the guys from One Direction aren’t exactly besties, after all they are competing for the same crazy teen girl audience and constantly being compared to one another on Twitter. Amidst all of the controversy surrounding their band breaking up, Liam Payne found time to hop on Twitter and diss Justin Bieber and make fun of his arrest record.

In just a matter of days Zayn Malik quit One Direction because of “stress,” then he was rumored to be going to rehab, Louis Tomlinson and Zayn Malik were caught up in a drug scandal in the Philippines, Louis Tomlinson was caught kissing a girl that looked nothing like his girlfriend Eleanor Calder, and Zayn Malik was caught allegedly cheating on his longtime girlfriend Perrie Edwards. Then, Liam Payne hopped on Twitter and started a feud with Justin Bieber and his millions of fans.

One Direction is sinking faster than the Titanic, and Justin Bieber is relaxing and watching the show, and gloating to his friends. An insider dished to CDL, “Justin has always hated One Direction’s holier than thou attitude. He knows that the guys are just as bad as he is and have just as many skeletons in their closets as he does – but they put on this “good boy persona.” At least Justin owns up to what he does and doesn’t act like he is something he isn’t to sell his music. He thinks it is hilarious that One Direction is breaking up and falling apart.”

It really is ironic that Justin Bieber is finally getting his life together (or so he says), and One Direction is simultaneously falling apart. Do you think Liam Payne lashing out on Biebs on Twitter was a low blow? Shouldn’t he be worried about keeping One Direction together and helping his bandmates with their rumored drug problems and messy relationships instead of worrying about what Justin is doing? Are you Team Justin or Team Liam? Let us know what you think in the comments below!

FameFlynet – Justin Bieber hides his face with a pillow as he stops by a medical building in Beverly Hills, California on March 23, 2015.