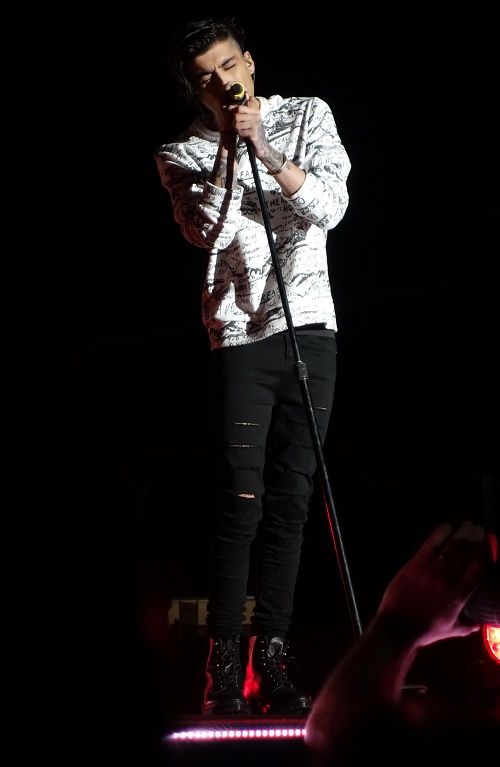 Simon Cowell, the man responsible for One Direction, is finally breaking his silence in regards to Zayn Malik’s departure. For a while, we only had the one statement from the band, which was really from their publicist, saying that Zayn would be departing One Direction to take some time to himself. Fans were upset and disappointed, and millions of crying teenage girls took to Twitter to vent.

After that, producer Naughty Boy released a solo Zayn Malik track, disappointing and enraging fans even more. How could Zayn leave One Direction, only to choose to go solo?

Now, Simon Cowell has finally addressed the situation at the press launch for Britain’s Got Talent in London. Of the situation, Simon said, “He’s a fantastic singer. He’s got to get his head together a little bit and needs time on his own…I’ve always said to all of them, ‘the future is bright’, we’ve always said one direction will stay together for a long time and my hunch is that they still will.”

Simon went on to say he was also in shock with the announcement and did not expect the band to lose a member so quickly, only five years after becoming a band. “I wasn’t expecting it to happen so quickly. You just have to deal with it. As long as the boys want it, and I think they do, they will continue to be successful.”

He ended his comments with, “The only thing that matters is that the boys are happy, everyone is in a different place at the moment.”

So, Directioners, hopefully this brings some peace to your minds. There is still hope for One Direction to get back together in Simon’s eyes. Let’s give Zayn the time he needs, and in the meantime, support him and the other members. You never know what the future may hold for them.