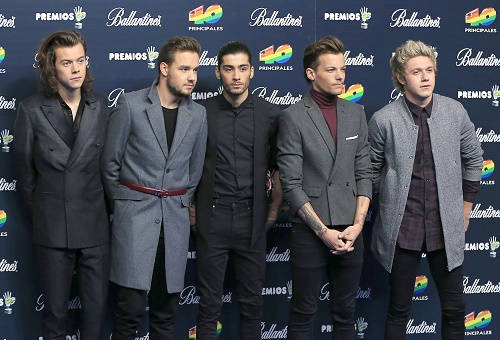 The Large Hadron Collider (LHC) might find parallel universes in baby black holes this month, but no-one cares because Zayn Malik decided to quit One Direction. The biggest boy band in human existence exploded like Kirstie Alley in a decompressed spacesuit. Millions of fans took to Twitter and cried and screamed and #WhyOhGodWhy. Zayn and his fiancée, Perrie Edwards of Little Mix, have been referred to as the John Lennon and Yoko Ono of our generation. I take offense to that statement because, you know, John Lennon.

I wouldn’t label myself as a “fan” per se, but I do have a sentimental connection to the group. I experienced a personal tragedy during their formation on The X-Factor UK, so I understand the Strindberg-esque outpouring of grief. Zayn’s departure is in some ways analogous to life.

But this is the music industry; there’s no time for sad goodbyes. Zayn caused irreparable damage to One Direction. The Guardian’s Brad Nelson sums it up perfectly: “The remaining members of One Direction have only performed a few concerts without Malik, so it’s hard to determine if his subtraction from the group creates an imbalance in the harmonic attack. But he leaves a void of personality, a void of vocal agility. Without him the group loses some of its distinctiveness and slowly morphs into four goofy white guys shouting.”

An exclusive insider revealed, “Zayn threw a couple of tantrums, yes. He couldn’t handle the in-fighting anymore. The guys held an emergency meeting and decided to let Zayn go. It was a difficult decision, but they didn’t have a choice. Zayn hated being in the group. People had screaming matches.”

Zayn is a unicorn in a parallel universe. Unicorns are awesome because they love rainbows and kittens and music. Oh, and unicorns don’t abandon their unicorn friends.