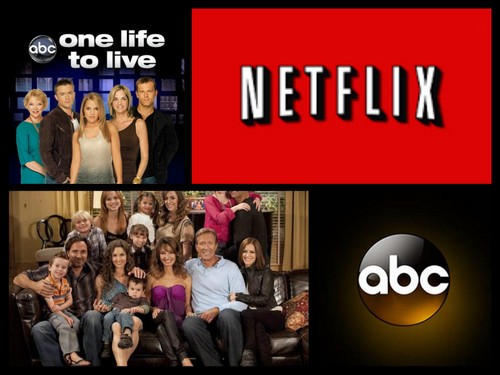 Is Netflix picking up One Life To Live? It has been nearly five years since the popular soap opera ‘One Life To Live’ was cancelled and yanked from the ABC airwaves. OLTL fans were devastated when the soap opera came to an end after over 40 years – but there was a shred of light at the end of the tunnel,

Prospect Park announced they were teaming up with Hulu, and would be turning the daytime drama into a webseries. Lackluster ratings and legal woes with ABC ended ‘One Life To Live’s’ run on Hulu and the show aired online for less than a year.

Due to legal problems surrounding the daytime drama, namely being sued by Prospect Park for trying to ruin the show – ABC won’t be adding the cancelled show to its daytime schedule again any time soon – or most likely ever. Hulu has washed their hands of Prospect Park and OLTL. But, could Netflix pick up the daytime drama and bring it back to life?

Some diehard One Life To Live fans started a petition on iPetition to ask Netflix to pick up the soap opera. It’s not unusual for Netflix to purchase the rights to cancelled television shows and bring them back to life on their online streaming service.

Netflix recently picked up the cancelled drama Longmire and its new season has been a total success. And, the campaign to get Netflix to pick up Longmire was started by some dedicated fans on a petition – similar to the one that has been started by OLTL fans.

Netflix definitely has the funds available and the manpower to clean up One Life To Live’s legal mess and bring back some of the central characters and storylines. And, you should never underestimate the power of us soap fans – we’re pretty sure that millions of daytime drama watchers miss OLTL enough that they would tune in to watch it on Netflix.

If you want Netflix to bring back One Life To Live – head over to iPetition and make sure you sign the petition. Nothing is guaranteed, but if we get enough signatures – Netflix might just make it happen! Come to CDL for all your Soap news!