Orange Is The New Black Spoilers: When Will Season 5 OITNB Be On Netflix? 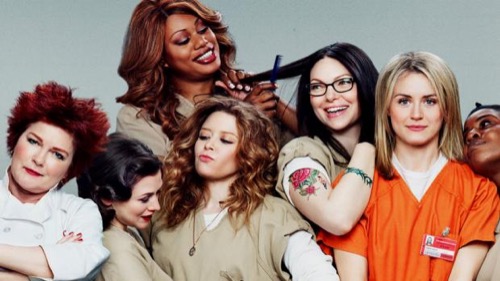 Orange Is The New Black spoilers tease that fans of the Netflix series will have to wait until 2017 to binge watch OITNB Season 5 of the ridiculously addictive prison drama. Well, Netflix has done it to us again. The internet streaming service dropped Season 4 of Orange Is The New Black over the weekend, and the world was basically at a stand still as we all took a day off from life and sat in our pajamas and watched all 13 episodes of Piper, Alex, and the gang back to back.

Of course, like every season of Orange Is The New Black thus far, the final episode was emotional, packed full of action, and ended on a painful cliffhanger. OITNB fans are still reeling from Poussey’s death, she’s been a crucial part of the series since day one, and if you didn’t shed a tear then you can’t sit with us.

The tension in every episode of Season 4 continued to mount, as expected with that many inmates crammed in one prison, and it all boiled over when they rioted in the season finale. And, the Season 4 cliffhanger ended with Daya about to make a life-changing mistake and taking out one of the guards they were rioting against.

If you are anything like us, you are probably already greedily craving more Orange Is The New Black, and wondering when Season 5 will be available on Netflix. So far, Season 5 spoilers are few and far between – but the internet has come to the conclusion that Season 5 will premiere on Netflix on either Friday June 9 or Friday June 17, of 2017.

Every season of OITNB has dropped on the first or second Friday of June. So, unless Netflix throws a curveball at us or production is delayed for one reason or another, Season 5 of OITNB will not see the light of day for roughly 12 more months.

So, what did you think of Season 4 of Orange Is The New Black? Did you love it as much as we did? Share your thoughts in the comments below!