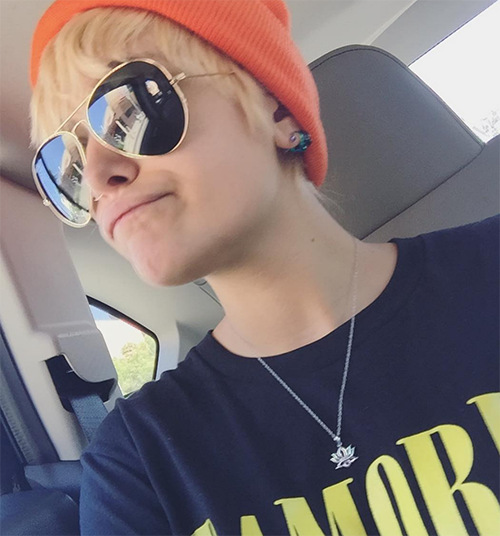 Paris Jackson is at serious risk of losing her father Michael Jackson’s fortune. There’s new speculation that Paris Jackson might be making a controversial move with her boyfriend Michael Snoddy without the consent of the rest of the Jackson family.

Is Paris Jackson moving too fast with her Michael Snoddy romance? Is the 18-year-old teenager putting her future at risk with her pizza delivery boyfriend? Is the Jackson family concerned with Paris Jackson’s erratic behavior? That’s what the speculation seems to be as Paris Jackson is moving into adulthood fast with no one there to stop her along the way.

According to Page Six, Paris Jackson and Michael Snoddy have reportedly moved into Michael Jackson’s Los Angeles mansion, which is the same place he recorded some of his iconic hits including ‘Billie Jean’ and ‘Beat It.’ Even though Paris Jackson and Michael Snoddy’s relationship started just six short months ago, the couple is already Michael Jackson’s property as their own.

What’s more, there’s also speculation by Paris Jackson’s friends that Michael Jackson’s only daughter might have secretly tied the knot with Michael Snoddy, too. One source close to the situation said that Michael Snoddy has even quit his position as a pizza delivery man at D’Amore’s Pizza in Malibu, California to live off of Paris Jackson’s inheritance instead. “Michael [Snoddy] quit his job around July and they moved into the house where Michael [Jackson] grew up. Now they’re trying to do this happy family thing. They refer to themselves as a family a lot.”

Considering Paris Jackson receives $8 million dollars a year from Michael Jackson’s estate, her relationship with Michael Snoddy is definitely raising eyebrows. While there’s no doubt that Paris Jackson is trying to break free from the rest of her controlling Jackson family, moving in with her unemployed boyfriend at Michael Jackson’s compound is a serious cause for concern, especially when her entire fortune is at stake.

So far, Paris Jackson has not made any comments about the marriage rumors, nor has she said anything about moving into Michael Jackson’s mansion with her boyfriend Michael Snoddy, either. But knowing how outspoken Paris Jackson is on social media, it will only be a matter of time before she sets the record straight about her personal life. In the meantime, though, there’s no doubt that the Jackson family is worried that Paris Jackson’s behavior is threatening her future security. What do you think, CDL readers?

So so proud of this girl! Of all the times she tags along to all my shows supporting me, its cool to kick back and watch her do her magic for a change! I’m so in awe with how incredibly talented you are baby! #slaygirlslay #nyc