BY Kristine Francis on May 31, 2016 | Comments: one comment
Related : Person of Interest, Recap, Television, TV 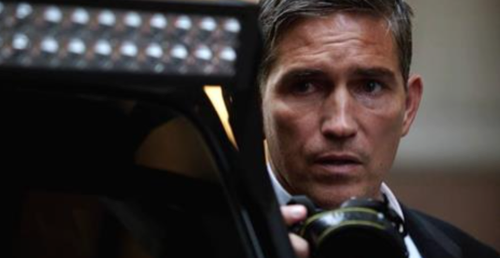 Tonight on CBS Person of Interest continues with an all new Tuesday, May 31, season 5 episode 10 called, “The Day the World Went Away.” and we have your recap below. On tonight’s episode, in the series’ 100th episode, Finch’s (Michael Emerson) number comes up after a fatal error blows his cover identity

On the last episode, the criminal mastermind known as “The Voice” trapped Reese and Fusco in the precinct with armed gang members and the latest POI. Did you watch the last episode? If you missed it, we have a full and detailed recap right here for you.

On tonight’s episode as per the CBS synopsis, “in the series’ 100th episode, Finch’s number comes up after a fatal error blows his cover identity, which ignites a series of encounters with Samaritan’s operatives.”

Finch had come to a decision once he realized that his relationship with the Machine was going to have to come to an end. However, the decision wasn’t to end the artificial intelligence’s life. Oddly enough it was to preserve it so that the Machine could live on long after Finch and his people were gone. Or with worst case scenario were killed.

So Finch’s decision was to actual give the Machine more autonomy on tonight’s episode of “Person of Interest”. Apparently that had always been in his purview to do yet he had been too afraid before to take that chance in case the Machine began to act like an all-knowing dictator. Similar to how Samaritan was currently controlling things. But then Finch had talked things over with Root and she had reminded him that he hadn’t named the Machine when he first plugged it in and so that had gotten Finch to remember the real reason why he had never done so.

Root had thought that he ignored naming it because he had always planned on destroying it one day and didn’t have the heart to get sentimental about a name. Yet, the real reason was that Finch had believed or at least had wanted to believe that the Machine could one day be trusted with naming itself. So when he did eventually make a decision, it was to cut himself off from the Machine.

Finch went on to lock himself and everyone else out of the Machine’s mainframe because he had wanted the Machine to make decisions on its own. Such as picking out its own name as well as a voice that it could use. That is if it wanted to. Although not long after he had made that choice, it seems Samaritan had found him and his number had come up.

But, unlike what she believed, Shaw hadn’t been at fault for Samaritan finding Finch and ruining his cover as Professor Whistler. Strangely it had been Finch that had messed things up and he was the one that led Samaritan to them. It turns out that Finch had gone back to a restaurant that he had frequently visited some years ago. So Samaritan had found him when they realized that he had visited one of his old dining spots.

Only now that Samaritan knew where he was, there was no shaking the other artificial intelligence. It had tracked him back to his job and he couldn’t run the risk of going back in the subway. So Elias had come up with the idea that he could use his own contacts to hide Finch and for a while that had worked because Samaritan hadn’t known everything about Finch’s friends as it did about him. However, the spot was compromised in the end and unfortunately Elias ended up dying trying to protect Finch.

And with the untimely death of Elias, Finch figured something out. He realized that he was going to be constantly on the run and that the only people that were unwilling to accept that fact were friends. Who kept on getting injured because of Finch.

First, there was Elias and then there was Root. Root had rescued Finch when Elias’s plan failed, but unfortunately, their getaway car didn’t make it that far. A sniper eventually found them on the road and managed to slow Root down even as he kept on missing his actual target. So later Finch had made another choice.

He chose to get Root the medical attention she needed and to do so he had to turn himself in. So that’s what he did, he handed himself over to NYPD and hoped for the best. Like maybe Samaritan wouldn’t be able to corrupt the police. And maybe someone would finally listen as he explained how there was a larger power at play ready to destroy everything.

But when NYPD ended up calling the FBI because Finch’s fingerprints were found at several homicides along with a record for Finch that stated he was wanted for treason, it was Finch himself that finally gave up on being the better man. It seems he was tired of being and feeling trapped so eventually went on to contact the Machine. And the Machine answered him by speaking in Root’s voice.

Root had sadly died not long after Finch had been taken away. So when the Machine needed a voice, it went with Root’s who also been the one to install it with the means to protect itself and that proved to be helpful. Now that the Machine can fight, that’s what it wanted to do. And he was willing to fight for Finch if he gave the word.

And, in the end, Finch gave the Machine permission to break him out of prison because he now wants to bring the fight to Samaritan.