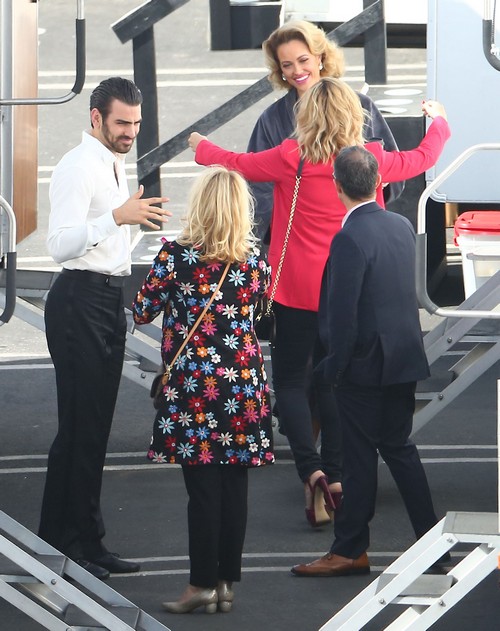 Peta and Nyle are breezing through the competition, and clearly the DWTS judges’ faves – and it is really starting to rub some of the other contestants the wrong way.

According to a report from Radar Online, basically everyone hates Nyle and Peta. At first they went out of their way to support Nyle and compliment him, because they felt bad that he was hearing impaired. Once they realized that his disability wasn’t slowing him down – and he was actually scoring better than they were, they had nothing to say to the America’s Next Top Model alum.

An inside source dished, “The other guys on set used to just shun Nyle DiMarco but it has gotten to the point where they are just flat-out rude now! No one even tries to engage with him anymore. Granted, he is deaf, but they used to all at least just say ‘hello’ or tell him that he was doing a great job. There is no longer any of that going on.”

Peta Murgatroyd is overly protective of Nyle DiMarco, and has apparently cursed out half of the dancers on the show because they were being rude to her DWTS partner. But, the drama doesn’t start there. Peta’s future brother-in-law Val Chmerkovskiy let Peta’s fiancé Maks Chmerkovskiy know that she is getting a little too close to Nyle for comfort.

Radar goes on to say that there was a huge blow-up between Peta and Maks over her partner Nyle.

Holy drama! Could Peta’s dedication to her partner Nyle break up her engagement to Maks Chmerkovskiy? Is it possible that Peta and Nyle are the problem, or are they merely the victims of some backstage Dancing With The Stars 2016 bullying? Come back to CDL for all your DWTS news, recap and spoilers.