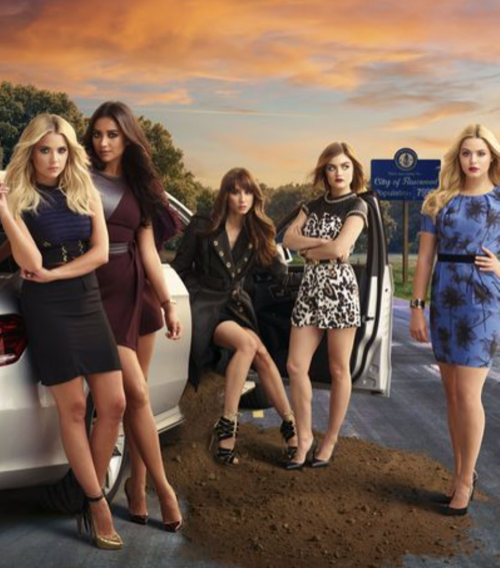 Pretty Little Liars’ Spoilers for its Summer Finale are aiming to be the biggest shocker yet. Who is going to die? Will Mary’s secret child be revealed? Is someone pregnant? For fans that love to speculate about what is going to happen, this sneak peek is going to give you a lot to think about and figure out.

Freeform released the official synopsis for Pretty Little Liars’ Tuesday, August 30th, and it is full of teases we are already struggling with and new ones to theorize on.

“The Liars face off with their enemies in a chaotic fight that ends fatally. One of the Pretty Little Liars learns a secret about her past that chances everything while another Liar discovers something about her future could alter her course forever.”

The first part of the synopsis, uses the word “fatal”, so it is pretty safe to assume someone is going to die. The question is “Who will it be?” Fans should be worried because if they are dedicated fans, they know that PLL is not one to shy away from a shocking death. Rosewood is no stranger to dead bodies, and it looks like the death toll will be rising. Will one of the Liars end up dead this time, or because of their mistakes, will it be one of their nearest and dearest who suffers this fate?

We then read that one of the Liars discovers something that will alter her future. Is it possible someone is pregnant, or something far deeper than that? Maybe one of them will be connected to the discovery of Mary’s secret child. Remember how Jason DiLaurentis (Drew Van Acker) came back to town to specifically convince his sister, Alison “Ali” DiLaurentis (Sasha Pieterse) to keep her distance from Mary. Is it possible that Jason has the answers the Liars have been searching for?

Be sure to set your DVRs because Freeform also announced that on Tuesday, August 30th an all-day Pretty Little Liars’ Season 7 marathon beginning at 11 a.m. ET with the Summer Finale named, “The Darkest Knight” airing right at 8 p.m. ET that night.

The one to watch before the summer finale. Don't miss an all new #PLL on Tuesday at 8pm/7c on @FreeformTV!https://t.co/i7Ru15lHf0

Share your thoughts in the Comments section below, on our Facebook Page,  join our Facebook Group or Head over to our Discussion Board to Talk Pretty Little Liars!