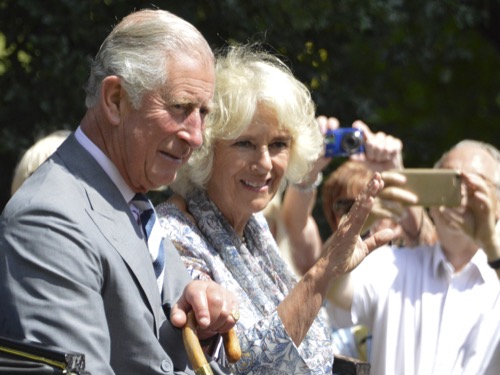 It looks like a royal feud is brewing between Prince Charles and Carole Middleton. Apparently, Prince William’s father and Kate Middleton’s mother are locking horns over their grandson Prince George and granddaughter Princess Charlotte, as Carole Middleton thinks she is being “edged out” over time spent with her grandchildren.

While there’s no doubt that the British royal family has never taken a liking to the Middletons, there’s now the possibility that they might be doing whatever they can to keep them as far away from Kate Middleton and Prince William’s family. But it looks like Prince George and Princess Charlotte are paying the price for their petty feud as they are losing out on the opportunity to spend quality time with all of their grandparents.

According to the Daily Mail, Prince Charles for years believed that he was the one being “frozen out” by Carole Middleton when it came to access over their grandson Prince George, and now he’s supposedly trying to do the same thing to her. And that’s why he is arranging for Prince William and Kate Middleton’s family to spend more time with him and Camilla Parker-Bowles at their private estate in Scotland without the presence of Carole Middleton, of course.

One source close to Prince Charles dished to the publication, “He wants to see his son and daughter-in-law and spend time with his grandchildren alone. He has always wanted to mentor George, who is, after all, the heir to the throne, and sees it very much as his role.

He will always insist the grandchildren come to Scotland so that they can learn to shoot, hunt and fish. That’s very important to Charles. He wishes the family would do more traditional things like holiday in Scotland.”

But considering how close Kate Middleton and Carole Middleton are and how the Duchess of Cambridge’s mother loves a good photo opportunity when he gets one, there’s no doubt that she’s going to fight for Prince George and Princess Charlotte.

Yet, Carole Middleton hasn’t been seen in public with her grandchildren for months now, which can only mean that Prince Charles is now pulling all the strings behind the scenes.

Tell us CDL readers, what do you think? Is Prince Charles trying to keep the Middletons away from the royal family? Is Carole Middleton going to retaliate with a scheme of her own? Let us know what you think in our comments section below and come back to CDL for more Royal updates and news!