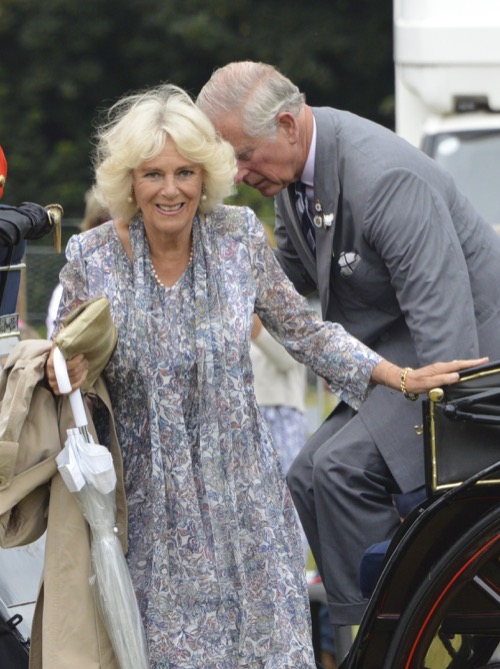 Prince Charles has made it no secret that the true love of his life has always been Camilla Parker-Bowles, even though he spent several years married to the late Princess Diana. And now it looks like Prince Charles is clearly ignoring Princess Diana’s role in his life once again as he is paying tribute to Camilla Parker-Bowles by calling her ‘the most important woman” he’s ever met along with the late Queen Mother.

According to the Daily Mail, Prince Charles will have a statue of the late Queen Mother erected in a square named in her honor at Poundbury, Dorset in England. What’s more, he will also have the statue placed near a pub Prince Charles has named after the Duchess of Cornwall. Keeping things in the family, Prince Charles has asked Camilla Parker-Bowles’ sister Annabel Elliot to design the interiors of the pub.

One source close to the royal family said, “It’s typical of Charles. He has managed to find a way to pay tribute to his beloved grandmother and his wife, and still make a mint for his sister-in-law.”

Clearly, Prince Charles could have decided to honor the mother of his two sons, Prince William and Prince Harry, but he refuses to acknowledge Princess Diana in any way, shape or form. Unlike Camilla Parker-Bowles, Princess Diana worked hard to win the heart of the world with her charity work, charisma and kindness.

Even though Prince Charles and Camilla Parker Bowles have been married for well over a decade now, the Duchess of Cornwall can’t get out of Princess Diana’s shadow, no matter how hard the British royal family tries to put her in the spotlight.

While the monarchy will no doubt honor Princess Diana next year for the 20th anniversary of her death, Prince Charles still refuses to even mutter his name. Even after their divorce and death, Prince Charles can’t get over his ill feelings for his ex-wife and the mother of his two children.

If he considers the Queen Mother and Camilla Parker-Bowles as the most important women in his life, then where does that leave Princess Diana? Let us know what you think in our comments section below and return to CDL for all your Royal news and gossip!