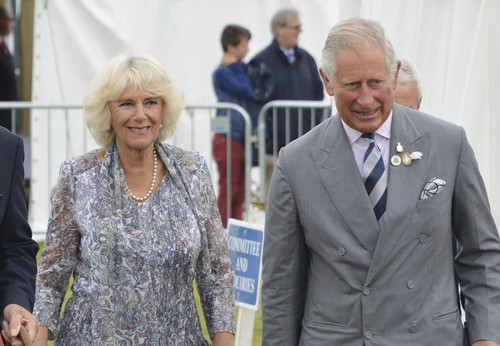 When Prince Charles takes Queen Elizabeth’s throne as the newly crowned King he most likely name Camilla Parker-Bowles as Queen Camilla. There isn’t anything constitutionally stopping the new King from doing so.

Clarence House issued a statement on the day Charles and Camilla wed in 2005 that she would be known as princess consort when Prince Charles becomes King Charles. But what’s to stop Charles from putting Queen in front of Camilla’s name once he becomes King? Prince Charles made it clear since their marriage that he retains the right to name Camilla Parker-Bowles his Queen!

What can the public do? What can the Royal family do? Freeze out Camilla? Call the King’s wife horrible names? That’s nothing new – why would these things be a concern to Charles?

Hasn’t the heir-to-the throne done pretty much whatever he wants his entire life? Prince Charles married Princess Diana after being told he must. Did that stop Charles from carrying on a decades-long affair with Camilla Parker-Bowles?

Camilla knows if she were to EVER use the title Princess of Wales the public would go absolutely mad. Camilla puts on a happy face and uses another of her many other titles instead. Kate Middleton, on the other hand, will be known as Princess of Wales when Charles becomes King and the Prince of Wales title passes to Prince William.

Do you really think Camilla Parker-Bowles is going to sit back and be called princess consort when Camilla knows full well Kate Middleton will someday be named Queen? No way in hell! When Charles is crowned King his loving wife Camilla will be crowned Queen.

Though many a report over the years has stated that all Camilla wants is to support Charles and will abide by whatever decision made by the future King. There has probably been many a drunken screaming match at Clarence House regarding this issue. Camilla probably does all the screaming while Charles just cowers.

Can Queen Elizabeth stop Prince Charles from naming Camilla Parker-Bowles Queen when he takes the throne? The only possible way that could be done is for Queen Elizabeth to agree to abdicate/retire and allow Charles to be named King now.

Of course Her Majesty would need to draw up some kind of contract and add a clause that clearly states Camilla will only be known as princess consort and never Queen. If Charles were to ever break that legally binding promise he would be forced to abdicate to Prince William.

That would make Kate Middleton what she has always wanted, the title of Queen of England. An added bonus would be that Kate could lord it over Camilla’s head until the day Camilla dies. CDL has all your Royal news and views every day!