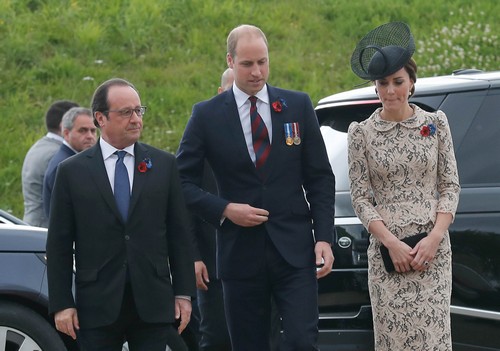 Prince Charles has ordered Kate Middleton and Prince William to visit the Duchy of Cornwall between September 1 and September 2. Also included in the Cambridge’s itinerary is a visit to the Isles of Scilly. Kensington Palace made the announcement of William and Kate’s trip on Friday, August 19.

Has Prince Charles ordered the couple to visit Duchy of Cornwall projects? It would stand to reason the future King, The Duke of Cornwall, would make this Royal trip himself as he oversees the projects. This time around Charles is shipping Kate and William off to visit with the locals.

Just about everyone is sick and tired of The Duke and Duchess of Cambridge’s ‘work shy’ ways. It appears that Prince Charles is fed up with his lazy son and daughter-in-law, too. Why shouldn’t Charles be angry?

It’s about time Prince Charles got a backbone and ordered Prince William and Kate Middleton to get to work. Maybe Camilla Parker-Bowles told Charles it was time to man up and give the Cambridge’s more Royal obligations to fulfill.

The announcement of Kate and William’s visit to the Duchy of Cornwall comes on the heels of speculation that there’s a power play going on between Kensington Palace and Clarence House.

As previously reported, Kate seems to be drawing in a close group of young Royals at Kensington Palace, doling out Royal assignments she doesn’t want and giving free lodging in return.

Princess Eugenie is the latest young Royal who is moving to Kensington Palace. Eugenie will occupy the 3-bedroom Ivy Cottage.

Buckingham Palace doesn’t disclose how much rent KP residents pay, but we’re guessing Eugenie isn’t paying anything for her new cottage. How long will it take for Kate Middleton to pawn off Royal obligations she doesn’t want on Eugenie?

That’s not the way Prince Charles wants the Royal households run. The heir-to-the throne likes to run a tight ship. Rather than keep minor Royals on the payroll Prince Charles takes on more work and doles out extra Royal responsibilities to Camilla Parker-Bowles. Even Queen Elizabeth and Prince Philip do more than their share of work.

While the elderly Royals are running themselves ragged, Kate is taking on the simplest of tasks, and the minimal amount at that. Weary from all that work Kate then needs to run off on a fancy French summer vacation.

Kate Middleton should be prepared for Prince Charles to have the Royal minders assign more and more work. The Duchess of Cambridge is young, she can handle it, don’t you think? CDL is the home of all your Royal news and the latest reports!

The Duke and Duchess of Cambridge will visit Cornwall and the Isles of Scilly between the 1st and 2nd September. pic.twitter.com/9jWmtRJjn0