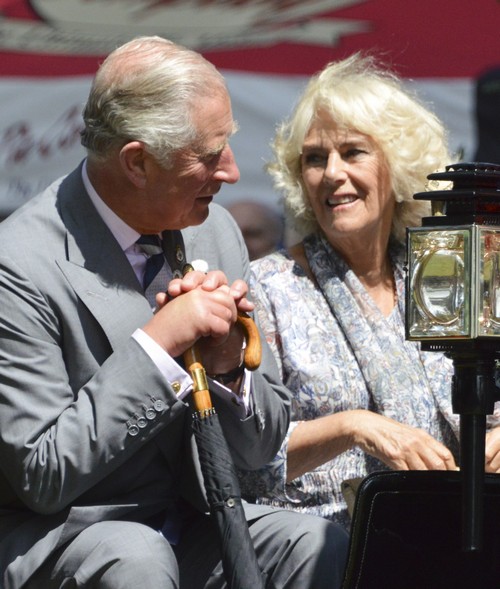 Here’s what we think Kate Middleton and Prince William are doing – one by one they’re moving the younger Royals into apartments and cottages at Kensington Palace. As the older Royals die off William and Kate will have more and more rooms to fill and develop their power base.

What does this all mean? The Cambridge’s know the value of a freebie – giving and receiving. The Duke and Duchess of Cambridge can pawn off their workload in exchange for a very nice free place to live. Sometimes Kate may not be the brightest bulb on the Christmas tree, but when it comes to lessening the Royal workload Kate’s an expert.

No wonder Camilla Parker-Bowles is furious! Prince Charles’s wife has played nice and fulfilled more than her fair share of obligations. No one has ever called Camilla or Charles ‘work shy’ or accused the Royal couple of working part-time. No, that’s Kate and William’s area of expertise.

How is this forcing Prince Charles out? The future King runs a tight ship and over the years Charles trimmed down the number of Royals who receive free housing or a stipend from the Royal coffers by simply filling his calendar and Camilla Parker-Bowles’s with additional responsibilities in order to save money.

This isn’t the way Kate Middleton and Prince William plan to do things. They’re undermining all of Prince Charles’s hard work by drawing Prince Harry and Princess Eugenie into the freebie fold.

Now that Harry and Eugenie have a comfortable place to live that costs them nothing in rent, the Cambridge’s can give the young Royals a long list of not-so-fun Royal events to attend.

Passing off Royal responsibilities allows Kate and William more time with Prince George and Princess Charlotte. And more time for expensive vacations in the South of France, Mustique or wherever else the Royal couple is invited.

It will be at least a couple of decades before William is crowned King but apparently the second-in-line to the throne is already looking ahead at how he wants things run. And Kate Middleton is right there beside Prince William to make certain that a trusted inner circle is established. Come back to CDL for all the hottest Royal news and reports!