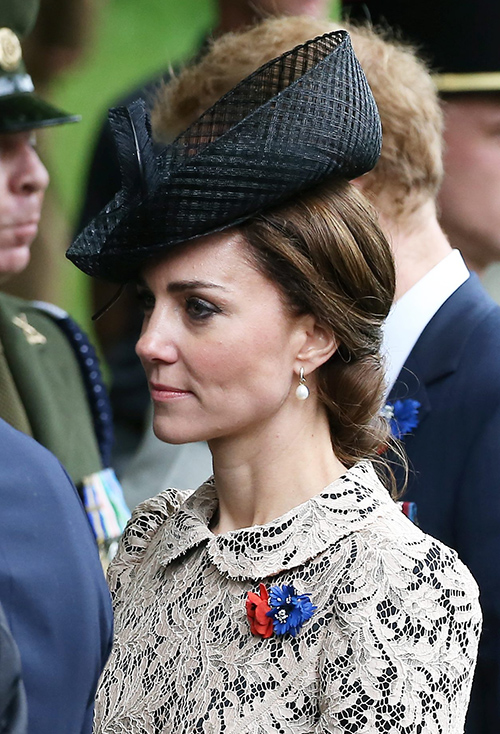 Queen Elizabeth and Camilla Parker-Bowles may finally be in agreement on something: Kate Middleton must stop publicly reminding the world that, if there were a need, Prince George and Princess Charlotte would seek expert support to cope with social problems or mental health issues.

If the Duchess of Cambridge is such a good mum, then Prince George and Princess Charlotte should never have difficulty coping with problems and never need expert support, right? Queen Elizabeth has allowed both Kate and William to work part-time in order for the Cambridge’s to be as normal a family as possible. That’s a luxury Queen Elizabeth never had as a young mother and Monarch.

Royals always keep a stiff upper lip no matter what. Look at Camilla Parker-Bowles, who has been bullied for decades by the press. Has the Prince of Wales’ wife ever gone running off to a therapist to cry about being called the Rottweiler? And that is one of the nice things Camilla has been called over the years.

This constant blathering about seeking expert help for the young prince and princess is simply unacceptable! What is Kate so worried about? What kind of mental health issues do the Middletons have hidden away in the family tree?

We all know Carole Middleton is manipulative, scheming, and conniving. How else did the matriarch nab Kate Middleton the future King as a husband? And lest not we forget, Carole also managed to snap up the very wealthy James Matthews as Pippa Middleton’s betrothed.

Royals absolutely, positively do not show weakness, and they certainly do not spill secrets to psychologists and psychiatrists. Goodness, the Royals barely speak to each other about their problems. No, as a good little Royal, you keep your feelings to yourself.

The Royal family was embarrassed enough when Princess Diana spilled all kinds of dirty little secrets during her super-secret interview with Martin Bashir at Kensington Palace. You can be certain Queen Elizabeth and Prince Charles will never, ever let that happen again.

It’s time for Queen Elizabeth to rein the Duchess of Cambridge in. Wil her Majesty enlist Camilla Parker-Bowles help in keeping Kate quiet?