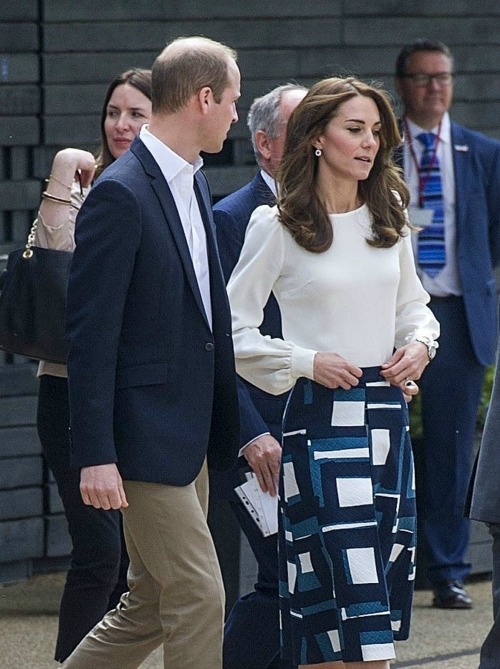 Prince William and Kate Middleton are finally doing something about their ‘lazy’ and ‘work-allergic’ reputation that they’ve received over the years, mostly because of their work-shy attitude. Fortunately, it looks like the ‘part-time royals’ are doing something about it as they are worried about another PR crisis brewing in the media headlines and that’s why they’ve stepped up their work load with a new hospice care visit planned for this month.

The Duke and Duchess of Cambridge have been criticized for not only refusing to support Team Great Britain in the 2016 Summer Olympics games in Rio de Janeiro, but for also taking multiple vacations – including a luxurious stay in the South of France – even though they’ve done very little this summer.

And that’s perhaps why Kate Middleton and Prince William’s team of handlers have finally encouraged them to step up to the plate and make more of an effort to be seen in public, even though they’ve been hesitant to do so in the past.

Sure, Kate Middleton’s pregnancy rumors might be the reason why she and Prince William refused to go to Brazil. After all, the South American country is plagued by Zika fears. And while Prince Harry didn’t travel to Brazil either, that didn’t stop him from working this summer, as he went to Africa on a mission to help save 500 elephants as part of his conservation initiative in Malawai.

Kate Middleton and Prince William know this makes them look bad, as they are finally waking up to all of the ‘lazy’ criticism they’ve received over the years.

According to the Herfordshire Mercury, Prince William and Kate Middleton are planning a visit to Keech Hospice Care as part of their 25th anniversary later this month. The Duke and Duchess will be on hand to meet patients, learn more about the charity and their art therapy services and of course, hopefully convince the public that they are doing something worthwhile.

Prince William will then make a royal visit to Germany before the Duke and Duchess travel to Canada later this Fall. In the meantime, Buckingham Palace is hoping to fill in their schedule with more official engagements to keep them busy and in the spotlight.

Of course, Kate Middleton and Prince William might be grimacing through their teeth, but they are hoping that their new PR plan works. Tell us CDL readers, what do you think? Are Prince William and Kate Middleton finally stepping up their workload? Drop us a line with your thoughts in our comments section and make sure to return to CDL for all your Royal news.